The Pangu jailbreaking tool, which covers iPhone, iPad and iPod touch users running iOS 7.1 right up to the current 7.1.2, has just been updated to version 1.2.1 for Windows. The bump fixes a minor issue that would cause crashes with some Windows users, and so if you do plan to jailbreak any of your devices on a Windows PC, then grabbing the very latest version would be very much advised.

It should be noted, however, that if you’ve already successfully jailbroken your device untethered using Pangu, there’s no need to re-jailbreak. The issue has only affected some users attempting to jailbreak using Pangu on Windows, and if everything is working as it should, performing the steps once more will not benefit you in any way, shape or form. 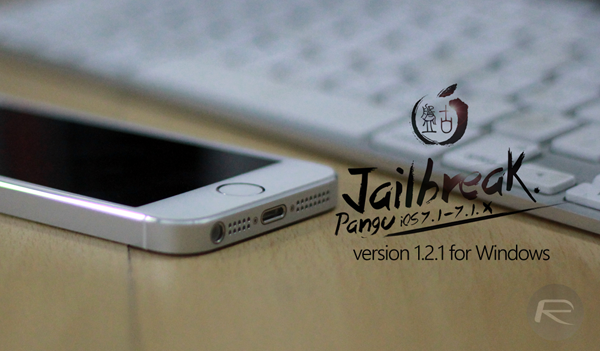 The release of version 1.2.1 arrives just a few days after the Chinese jailbreak outfit released Pangu 1.2 download, including AFC2 and fixes for the sandbox log problem, among a myriad of other adjustments and improvements.

After the release of Evasi0n for iOS 7.0.x, which Apple went on and plugged with the iOS 7.1 update, it didn’t seem like we’d be getting any kind of jailbreak update until iOS 8. However, the Pangu team emerged from the ether with other ideas, and the impromptu roll-out of the Pangu tool means that even now, we’re in the privileged position of being able to untether jailbreak every version of iOS 7 released to date. 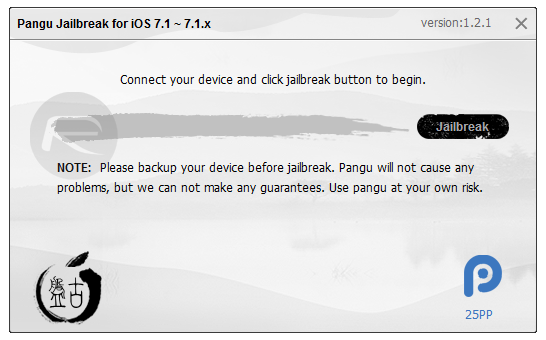 Although both Pangu and Evasi0n missed out on the Pwnie award they were nominated for at this year’s BlackHat, they’ve still had a major impact on iOS device users with an affinity to a Cydia tweak or two. It’s an accepted fact that with each year and version of iOS that goes by, it gets more and more difficult to discover exploits and make a jailbreak possible, and so in this case, the jailbreak scene has excelled itself.

Anyway, as aforementioned, those who’ve jailbroken through Pangu without so much as a hitch can simply ignore this release, but if you’re planning on jailbreaking using Windows, be sure to use very latest version 1.2.1.

For the tutorial on how to jailbreak using Pangu, please check out: