How To Send Foolproof Self-Destructing Messages On iPhone

Supposedly private photo sharing service Snapchat has proven hugely popular, especially amongst teenagers and anyone wanting to share images that they want to be automatically deleted once viewed. The technology lends itself to sending and receiving photos that contain sensitive information – self destructing messages if you like – but is largely used to send much less important things.

But what if Snapchat could be translated to the business world, where messages can have huge importance and potentially cause considerable problems if leaked? Enter ‘Confide.’ 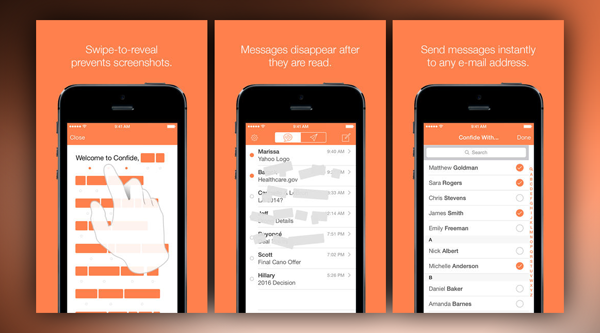 The idea behind Confide is a simple one. People in business are often sending messages to others that they don’t want to be shared. To that end, the app will only allow words to be visible when a finger is swiped across them, meaning that taking a photo of the message is impossible because it’s never displayed in its entirety. Screenshots won’t work for the same reason, and should someone try it, the person who sent the message will be notified.

The message will also be deleted once it has been read, which means the recipient won’t get a second chance to understand it. Time to start paying attention!

The Confide app is free, and signing up is just a case of giving it an email address and a password. Messages are sent to people using that email address too, which means that anyone who doesn’t have the app installed will be notified that they have a pending message and invited to install the app. 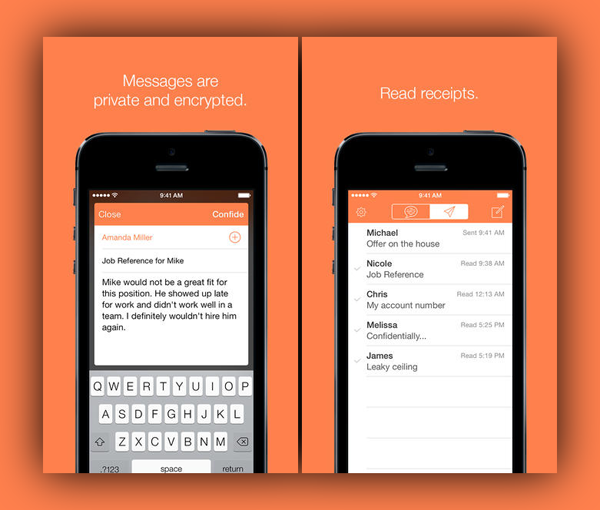 It’s not too hard to think of a use for Confide, with people sending information about HR issues between insecure smartphones, vital business data via email and more. Confide could potentially be a much more secure way of doing such things thanks to its message encryption and their self-destructive nature. Quite how secure the service and its app really are remains to be seen, but on the surface we’d have more faith in it than Snapchat, that’s for sure.

Confide is free and can be downloaded from the App Store now.