Apple may have enjoyed a successful 2013 with the iPhone 5s in particular, smashing first-weekend sales records for a smartphone, but even with the impressive number of units shifted, the Cupertino company only has to look at BlackBerry or Nokia for a reminder of where complacency can lead. Thus, with the dust having settled on that major smartphone release, Tim Cook’s men are out to discover how iPhone buyers feel about their purchase, specific features like Touch ID, as well as rivaling products like Android. Taking the form of a rather long survey, it looks as though the fruit company is seeking thorough, enlightening feedback in its quest for an even more fruitful 2014.

The questionnaire appears to have been sent out at random, and asks plenty of probing questions. If you concede that you toyed with the idea of picking up an Android before finally arriving at your iPhone purchase, the subsequent questions are naturally focused around the factors that might have affected your decision-making. 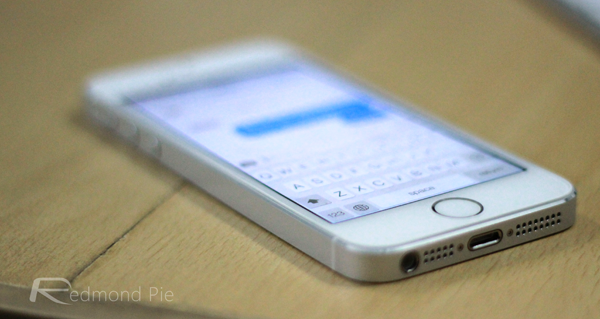 Apple doesn’t seem to lose too many consumers to Android, but some handsets running Google’s mobile OS do offer significantly larger displays than the current iPhone 5s. That would be one of my main reasons for favoring my HTC One over the iPhone 5s, and I suspect it’s a similar story for many other tech fans perched upon the proverbial fence.

The questions also enquire as to which Android manufacturers users would favor, and for what reasons. These to-the-point questions are uncharacteristic of the Apple we’ve come to know through its rise to prominence in the post iPod-era, but since Tim Cook took the helm following the unfortunate and untimely passing of Steve Jobs, there’s definitely been a steady but significant change in how the company goes about its business. 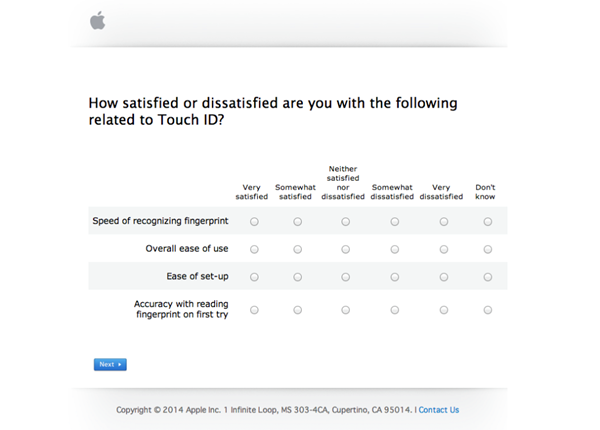 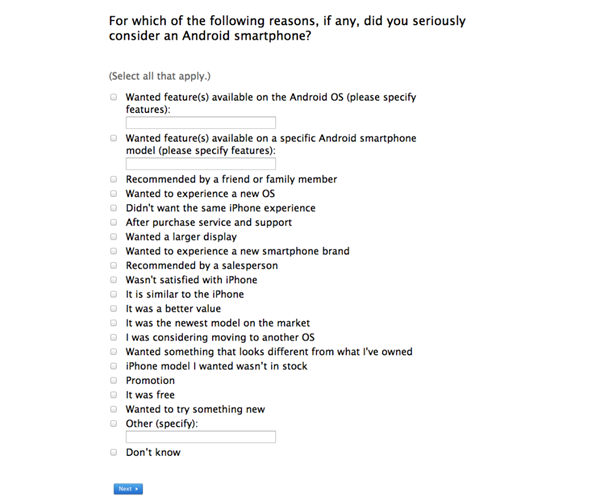 As well as trying to discover what iPhone owners do and don’t like about Android, the survey did look to monitor the response to some of the new iPhone 5s features, such as the camera and Touch ID fingerprint sensor.

Market research is not something we’re accustomed to seeing from Apple, but there has been a marked shift in how the company operates in this regard. Whether anything useful can be gleaned from the response to the survey, and more importantly, whether Apple acts upon it, remains to be seen, but one thing is for sure: Apple is not being complacent despite its success, and is willing to listen directly to its consumer base in order to improve products and services.