How To Rename Conversations / Group Chats In iPhone’s Messages App

Apple’s Messages app, save a little occasional downtime to iMessage, provides a fairly solid and secure overall service, but customization is extremely limited. Your chat bubbles remain two colors, the background has the aura of the sky on a dull, wintry day and aside from the aesthetics, options regarding functionality are few and far between. Luckily for the jailbreakers, there are plenty of tweaks out there to rectify this, and one, which goes by the name of MessageRenamer, allows you to change the name of a conversation to anything you like.

If you compare Messages to, say, WhatsApp, the differences between two of the most popular IM services are plain for all to see. While the famous cross-platform app doesn’t offer the ability to send full-resolution images or video – very annoying – it can manage just about any other task with relative aplomb. If, say, you have a group conversation going, you can change the name to something relative to the participants, and this adds a nice personal touch to the whole service. 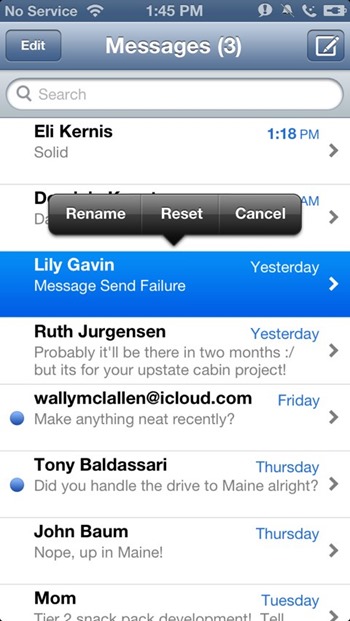 With MessageRenamer, you can do this with your native Messages app, and not only can you alter the name of group chats, but also individual conversations as well. Once you’ve downloaded and installed the tweak – which is, by the way, free – all you need to do is press and hold your finger on a conversation, and a pop-up menu makes an appearance. Then, you simply rename the chat to whatever you like, and that’s it – you’re done!

While it’s not exactly in the BiteSMS league of dramatic improvements to Messages, it does what it purports to do, and does it well. It’s only a small tweak, but it’s definitely useful to have in the arsenal – particularly if you have quite a lot of group chats going on and would like a convenient at-a-glance reference to them. 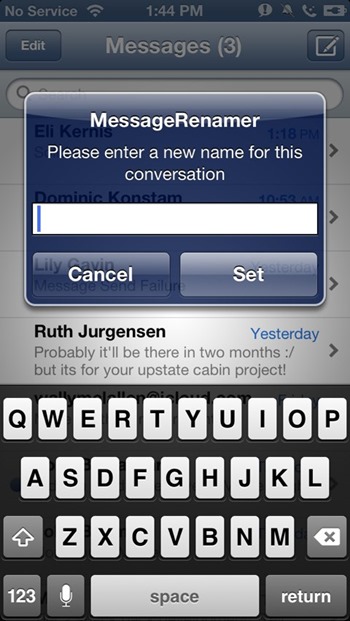 MessageRenamer is absolutely free of charge, and can be had right now over at the BigBoss repository, which should be a default in your Cydia source list provided you haven’t opted to delete it yourself. So download it, give it a spin, and be sure to leave your thoughts below!