Not so long ago, Facebook’s mobile prowess, or lack thereof, was a frequent criticism of the social network, but ever since version 5.0 landed for both iOS and Android, things have taken a dramatic upturn. Mark Zuckerberg and his team have been making frequent announcements of new features and enhancements just lately, and as a part of this progressive effort to improve the service, the iOS app has today been afforded a healthy update. Details after the break.

One of the changes Facebook has made to the main Web version is the introduction of Twitter-like hashtagging, which has made it notably easier for users to find trending topics and popular pages. Today, this feature hits iOS, which has been bumped to version 6.4, and as the full point update suggests, there’re plenty of other new additions besides.

As well as hashtag integration, users will now be able to make restaurant reservations right from some of their favorite Pages, provided that particular eatery has opted into the new feature. Unfortunately, it only currently works for restaurants located within the confinements of the United States, although we suspect that if it does become popular among the one billion+ cluster of social networkers, it won’t be too long before it trickles out to other nations across the globe. 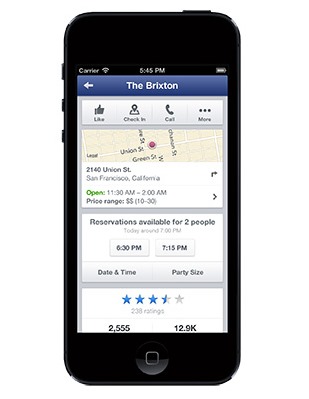 There’s nothing worse than heading over to your favorite restaurant and finding it packed out to the point where you cannot be seated, and thus this feature will save a lot of people the effort of travelling for nothing. Moreover, even if you’re the organized type who likes to ensure booking in advance, this OpenTable-based process will make things a little easier, and with mobile support on board, you won’t need to be Googling any phone numbers while en route. 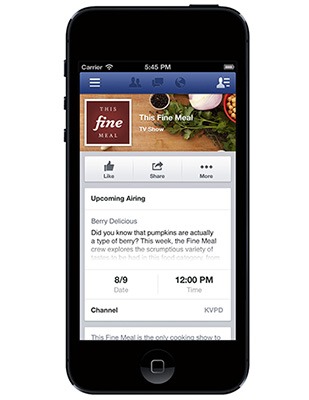 For iPad users, Facebook notes of "Faster loading and a cleaner design for timelines" in the release log, and although this is pretty unspecific, those logging in on their Apple tablet should now enjoy a slicker overall experience.

The updated app is available right now from the iTunes App Store, so download it, and be sure to leave your thoughts in the comments.