How To Remove iOS 16 Beta Profile And Leave The Program

Here’s how to remove iOS 16 beta profile and leave the program on your iPhone or iPad device the right way.

Apple is in the middle of both developer and public beta programs for the upcoming iOS 16 update ahead of an expected release next month. In order to use those betas you’ll need to have installed a configuration profile — but what if you want out? Here’s how to leave the iOS 16 beta program.

While the reasons to leave the beta program might not be many, those who have installed the beta profile but have not actually installed iOS 16 could want to remove the profile to prevent iOS from updating automatically.

These are the steps that can be followed for exactly that, although it’s important to remember that iOS 16 could be automatically installed once the bet program completes and the update is available to everyone.

With that said, let’s dive in.

Step 1: Open the Settings app on your iPhone.

Step 4: Tap Remove Profile. You will be prompted to enter your passcode to confirm the action.

Step 5: Confirm that you want to remove the profile by tapping Remove. 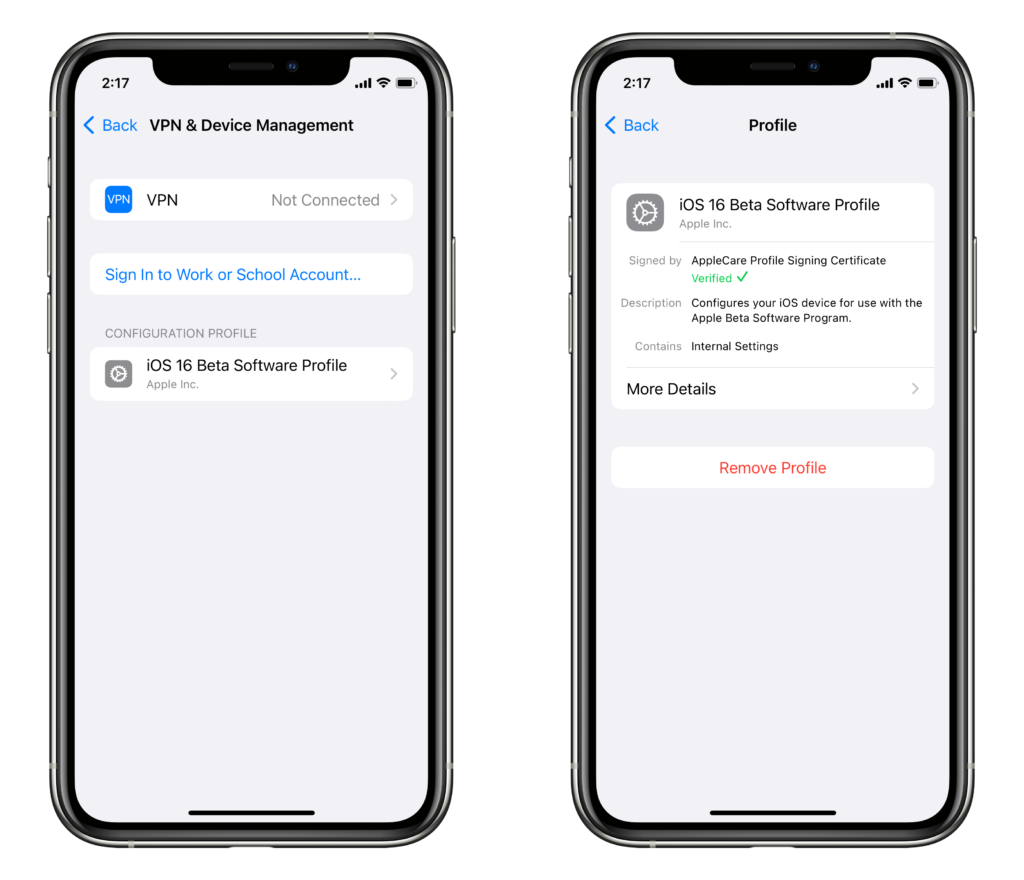 That’s all there is to it. Your iPhone will now restart and the profile will have been removed. Note that this doesn’t downgrade you from iOS 16 to iOS 15 if you already upgraded, however.