Here’s how to use the new drag and drop feature to rearrange photos in iOS 11 stock Photos app on a compatible device such as an iPad.

The refinements and feature additions within iOS 11 just keep on coming. If you have ever used a previous version of iOS and scratched your head in disbelief at the fact that you can’t drag and drop photographs into different running positions in an album, then iOS 11 is going to be your savior. 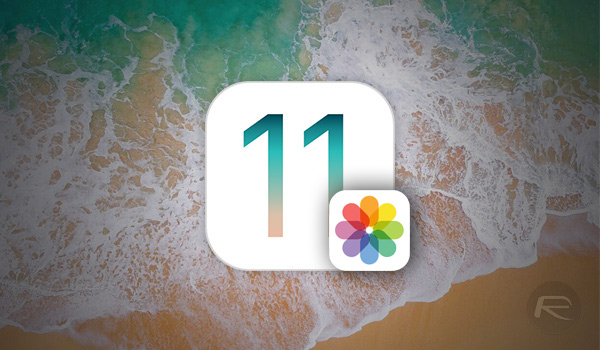 Apple has added the ability to reorder photographs in user-created albums, just like you could with a normal photograph album, meaning users now have total control over the running order of their images in the Photos app. Without further ado, we are going to jump right in and show you exactly how to get up and running with this new feature.

Step 1: Make sure you have iOS 11 installed on the iPhone or iPad. This can be installed either through Apple Developer Program or via the Apple Beta Software Program. This will not work on iOS 10 or below and is available in iOS 11 only.

Step 2: Now that we have that cleared up, launch the stock Apple Photos app on your iPhone or iPad. As mentioned earlier, this trick only works in a user-created album, so if you haven’t already created one, then go ahead and tap the “+” button in the top left corner of the Photos app, create an album, and add some photos in it.

Step 3: Now, when you are in that album, you will have a selection of photos that you’ve added from the main Camera Roll. If you aren’t happy with the order of those photographs, then it is a case of simply and tapping and holding on an image and then dragging it to where you want it in the album. End the tap gesture to release it and place it into its new position.

One tip here is to make sure that you don’t press down firmly enough to invoke the 3D Touch functionality as this will pop the photograph out to allow you to see it bigger in its own little view controller. This needs to be a similar gesture to tapping and holding an app icon to actually put them into wiggle mode. Be gentle and the magic will happen.

As we have previously stressed, the main Camera Roll will still list the images chronologically based on their date. However, this new feature gives users more control over their images in their own albums.