How To Manually Turn The iPhone Proximity Sensor On And Off

Remember when you purchased your first iPhone, received your first telephone call on it and were entirely perplexed when the screen turned itself off every time you raised the device to your head during the call? I certainly remember getting the original iPhone in 2007 and believed the behavior based on the inclusion of the proximity sensor was nothing short of with craft. As I learned more about the device it became obvious that switching the display off in those circumstances was a pretty clever idea and now thanks to a new tweak users can invoke that functionality at will through a pre-defined gesture.

The new Always On Proximity tweak is a package that gives the end-user control over the hardware sensor that forms part of Apple’s iOS devices. Apple obviously made a conscious decision to include the proximity sensor in the iPhone in order to reduce heat emissions from the display when the user has the device against their face as well as reducing overall battery consumption thanks to the screen being turned off. The developer of this jailbreak package has decided that those benefits should be enjoyed at any time by allowing the proximity sensor to be activated or deactivated at will. 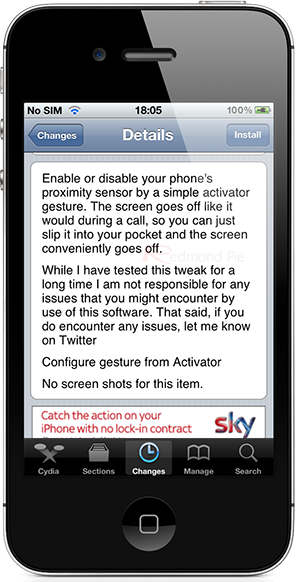 Just like a lot of other packages within Cydia, Always On Proximity makes use of the Activator package from Ryan Petrich to allow users to specify a custom gesture to invoke the given functionality. When that gesture has been set from within the Activator preferences panel in the Settings application, the proximity sensor will be enabled meaning that any objects close to the top of the device will force the screen to be disabled. Inputting the custom gesture again will disable the features.

Other than making a telephone call or placing the device into a pocket to disable the screen, I can’t really think of any other really useful uses for this package. Some users may find that it saves a little time to be able to slide the device into a pocket without needing to lock the phone, but considering it takes less than two seconds to unlock it doesn’t really seem worth it. With that said, the package itself is free so always worth checking out. 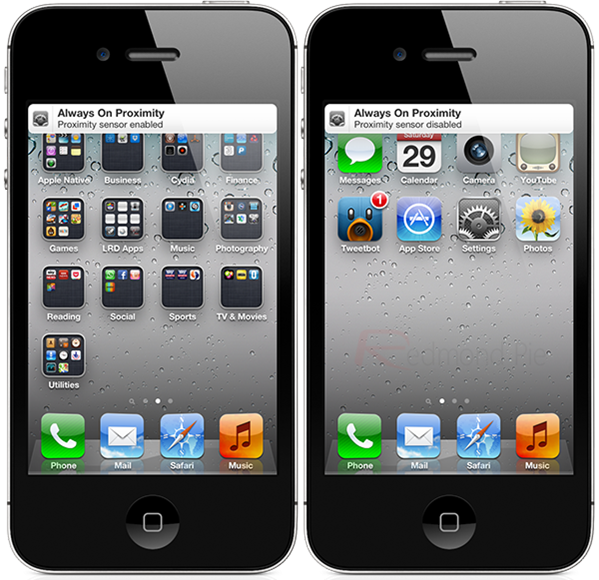 Always On Proximity is available as a free of charge download from the Big Boss repository with no specific iOS version requirements being given.