A brand new tweak for jailbroken devices called BatteryPercent12 looks to bring back the numerical battery indicator on jailbroken iOS 12 devices without sacrificing the battery icon. This is an extremely welcomed tweak for those with a notched iPhone.

Those iOS lovers who took the step to embrace Apple’s initial noticed iPhone – the gorgeous 2017 iPhone X – would have likely realized almost immediately that Apple had removed the numerical battery percentage indicator from immediate view.

This is because the notch at the top of the device put restrictions on what could, and perhaps more importantly, what could not be displayed to the user. Having the battery percentage feature activated and invoking Control Center still shows that percentage but it’s an additional step and one more hoop for device owners to jump through.

This step is also true for iPhone XS, iPhone XS Max, and iPhone XR users. Now, however, if you happen to be jailbroken, and running a notched iPhone, then the BatteryPercent12 tweak should bring back a visual experience that you feel more comfortable with and which functions more like it used to before Apple’s changes took place.

Rather than changing the battery icon, or removing it altogether, the tweak inserts the numerical value inside of a tweaked icon in the status bar. It also comes with an array of options that allow you to tweak the tweak to make it function exactly as you want.

As an example, the package has options for the following: 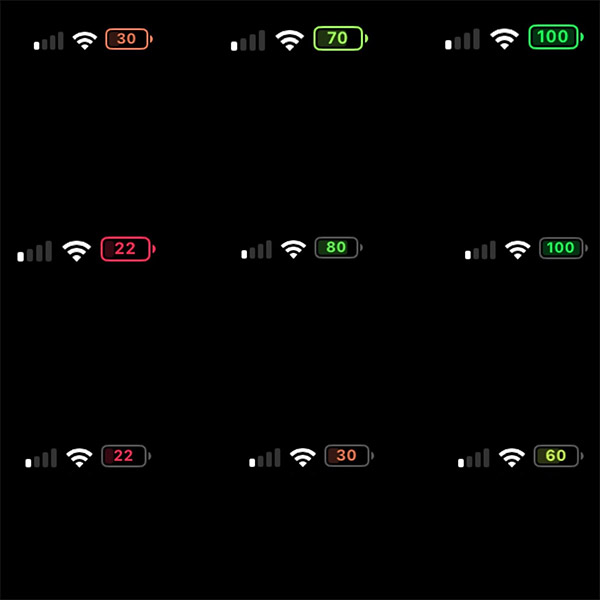 The one main caveat is that this tweak requires what the developer dpkg_ is calling a “modern status bar.” This means that it only really works on a device with a notched status bar or an iPad.

For more information, or to try the tweak out for yourself, you can head simply grab BatteryPercent12 from the BigBoss repo in Cydia, for free.