How iPhone, Android and BlackBerry Users See Each Other [GRAPHIC]

Users of one brand of smartphone form a distinct camp with respect to their ideologies, beliefs, user habits and of course, how they perceive people from other such smartphone camps.

There are three such major camps today: that of the Apple iPhone, Google Android and RIM’s Blackberry. And in the hilarious graphic posted below (drawn by C-Section), you’ll see just how they view themselves and each other. 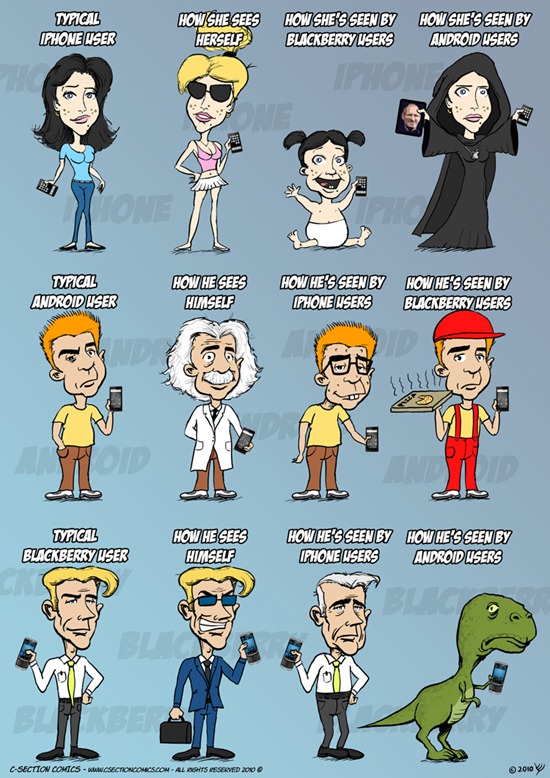