As we posted in our guide on how to jailbreak iOS 4.2 GM on iPhone 3GS; Cydia and a lot of jailbreaking apps are completely broken. Both Cydia and JB apps will, of course, eventually start working and if MuscleNerd’s tweet is anything to go by, hackers chpwn and saurik are burning the midnight oil to get it working as soon as possible. 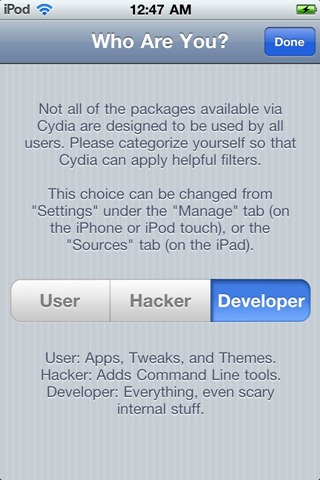 Both @chpwn and @saurik have been burning the midnight oil prepping for updated version of Cydia http://is.gd/gJSa2

The link in the tweet leads us to a screenshot which is of the updated version of Cydia. There is no official announcement on what the update will include, so let’s put our speculative hats on for a moment: maybe we’ll finally get to see Rock integration? Maybe it’s just a bug-fixing update or wait, what if it cures cancer?

Anyhow, expect Cydia + JB apps on iOS 4.2 to start working all proper once Apple releases iOS 4.2 to public and we’ll, of course, inform you whenever that happens. Stay tuned!

UPDATE 1: Screenshot of Cydia on iOS 4.2 for iPad has been added ! 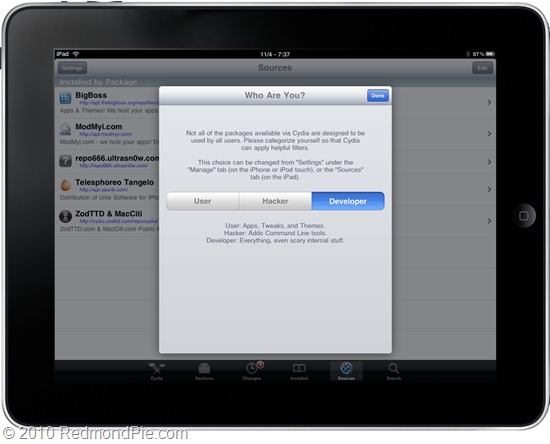