This one was due for a very very long time. Hotmail (aka Windows Live Hotmail) users can now push their email straight to any phone like iPhone, Android or Windows Phone as long as they have option to support Microsoft Exchange.

However it is to be noted that Microsoft hasn’t officially released this feature yet, but it is up and running for most Hotmail users out there, and it is not limited to the new Windows Live Wave 4 rollout of Hotmail. With Exchange ActiveSync, you can push and sync your Hotmail email, Windows Live Contacts, and Windows Live Calendar straight to your handset. 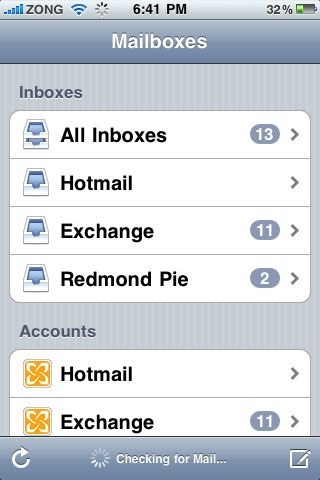 I have tested it and its been working for me since yesterday, but not on all of my Hotmail accounts. I have set (the working account) it up on my iPhone (running iOS 4) and its been running flawlessly so far. And there is no reason why it wouldn’t work equally good on my Android and Windows phone. The settings are as follows.

Give it a go and let us know if it works for you. Microsoft will officially release Exchange ActiveSync support for Hotmail later this year. [via LiveSide]