Metal Gear and Death Stranding creator Hideo Kojima added a little extra flare to his legacy yesterday, snagging two Guinness World Records on the same day. The awards, presented to Kojima during the Tokyo event of the ongoing Death Stranding promotional tour, recognize him as having the most followers on Twitter and Instagram among video game directors.

The venerated game designer has a following of around 2.8 million on Twitter and 924K on Instagram at the time of writing, with an additional 813K followers on a separate Twitter account for his Japanese fans, which would bring his combined following on the social network to a little over 3.6 million. 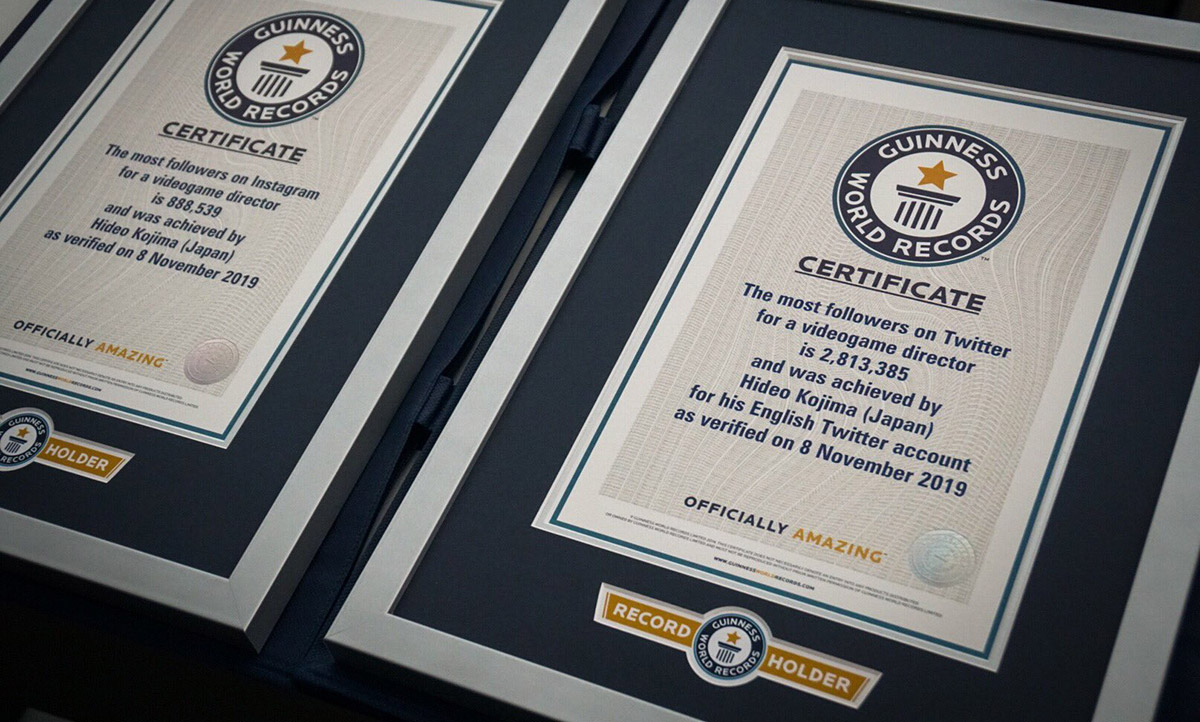 Kojima’s social media presence isn’t merely a product of the respect he enjoys for spearheading the iconic Metal Gear series. He has had quite the active online presence, especially since he parted ways with Konami to start his own development studio. The game creator was seen rubbing shoulders with big names as Kojima Productions’ maiden title, Death Stranding, went on to sign the likes of Norman Reedus and Mads Mikkelsen for leading roles, with director Guillermo del Toro and late night host Conan O’Brien also having their likenesses used in the game.

O’Brien even dedicated an episode of his show’s “Clueless Gamer” segment to his Death Stranding cameo, showing clips of his trip to Kojima’s offices in Japan.

Kojima’s celebrity outreach was likely meant to bolster interest in Death Stranding, and it worked. Despite being shrouded in mystery, the game enjoyed more than its share of hype leading up to its release on November 8. The hype was unable to affect its reviews, however, with both critics and fans alike suggesting that the game may not be for everyone.

Game creator Hideo Kojima (@HIDEO_KOJIMA_EN) is now a record holder for:
✅ Most followers on Twitter for a video game director

✅ Most followers on Instagram for a video game director#DeathStranding#WorldStrandTour2019 pic.twitter.com/dywSzoNwlE