Here’s A Look At The First Apple HomeKit Homes [Video]

Home builder KB Home first announced that it would be offering HomeKit installations as an option on its new builds last year, and this week, the firm took a local news channel on a tour of one of its homes, complete with heavy integration of Apple’s home automation technology.

The homes shown in the video are part of a development known as Promenade at Communications Hill. The new development is at 307 Adeline Street, San Jose and new builds range from $970,000 to just over $1.1 million. As part of those homes, buyers can opt to have a HomeKit system installed as well, with packages starting from $2,500 and increasing from there depending on the configuration chosen. 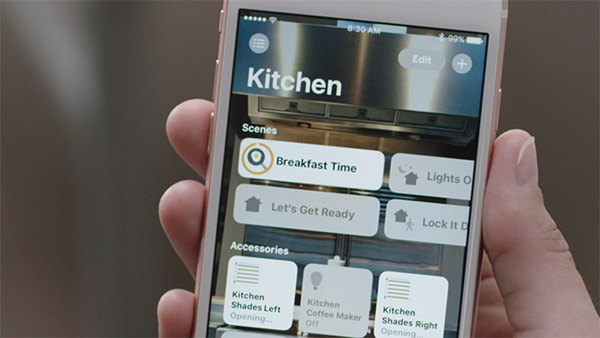 KB Home will add door locks, thermostats, lighting and ceiling fans on request with everything controlled via a complimentary iPad and Apple TV.

When installed and configured, homeowners have everything they need in order to be able to interact with their residence both at home and while anywhere else with an internet connection. KB Home is not the only company getting in on the act. WeberHaus recently announced that it too would offer HomeKit installations as an option on its pre-fabricated homes in Europe, with things kicking off later this year.

Apple recently gave its own HomeKit website a refresh, including a new promotional video and a redesigned layout.

HomeKit has taken some time to get off the ground, and with WWDC 2017 a few months away, all eyes are on what changes will come as part of iOS 11. The iPhone and iPad software is expected to include new and updated HomeKit functionality, along with numerous other changes to how the devices work and interact with other hardware around the home.

Check out the KRON 4 video for a taste of what HomeKit is capable of when in the right hands.