Apple has quietly updated the portion of its apple.com website that is devoted to the Home app in iOS 10 and all of its associated bits and pieces. The website, which acts as a gateway into the world of home automation within the iOS ecosystem, has received new texts and a navigation redesign while also now featuring a new 45-second video.

The centerpiece of the whole refresh is undoubtedly the video in which Apple’s iOS 10 Home app and the home automation it makes possible is showcased. 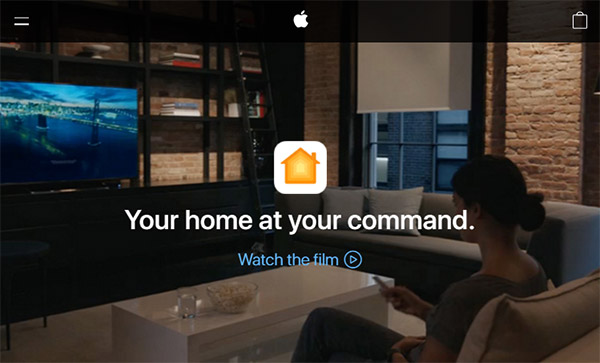 At under a minute long, the video is just long enough to give potential users a taster for what is possible with home automation when HomeKit in iOS is at the center of everything.

The video follows a Home user through her day, kicking off as she wakes in the morning and asks Siri to set her morning scene. At this point, various appliances kick into gear and the day begins. As the woman leaves for work, another scene is set in which smart locks and smart thermostats are used before an Apple TV gets in on the act in the evening, when a movie prompts home automation to go into overdrive – lights are dimmed, blinds are closed and temperatures are adjusted.

The entire video certainly does a good job of selling the idea of a connected smart home, even if we do find ourselves trying not to think about the money required to make everything in this 45-second video come to fruition.

In addition to the video, Apple has also published new text to the page.

With the Home app, you can easily and securely control all your HomeKit accessories. Ask Siri to turn off the lights from your iPhone. See who’s at the front door on your iPad. And even control things remotely with the help of Apple TV. The Home app makes all your connected devices work harder — and smarter — for you.

Alongside new headings for different sections of the page itself, the Home section of Apple’s website has received plenty of attention, making it clear Apple intends to push HomeKit home automation moving forward.

If you are interested in making your home work for you the way it is shown in Apple’s video, you can get started with our best HomeKit-compatible accessories here: The Best Apple HomeKit Siri-Enabled Devices And Accessories.