The conference started with a gameplay demo of Infinity Ward’s highly anticipated Call of Duty: Modern Warfare 3. As expected, the demo was full of explosions and outright epic moments and Activision, as expected, said that this is the biggest and most exciting Call of Duty game ever. Things to note for Xbox 360 gamers is: Add-ons and map packs will launch on Xbox 360 first.

The second game to be shown was a new Tomb Raider game. This umpteenth game in one of the longest running game series is a lot more intense than previous games. It’s being billed as more of a survival horror game than her usual adventurous romps. It will be released in Fall 2012. 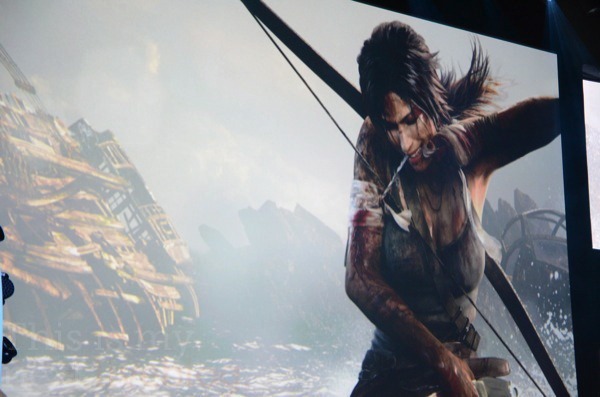 Next up, Peter Moore from EA Sports talked about how upcoming games like Tiger Woods, Madden and FIFA will support Microsoft Kinect. He then went off the stage, no questions asked!

For the fourth demo, BioWare’s Ray- Muzka talked about Mass Effect 3. The premise of story is of an Earth that has been taken over and you have to take it back. BioWare’s signature action RPG gameplay and the usual feature of changing the entire story of the game by making different choices is, of course, built-in! It will have support for Kinect (voice recognition). 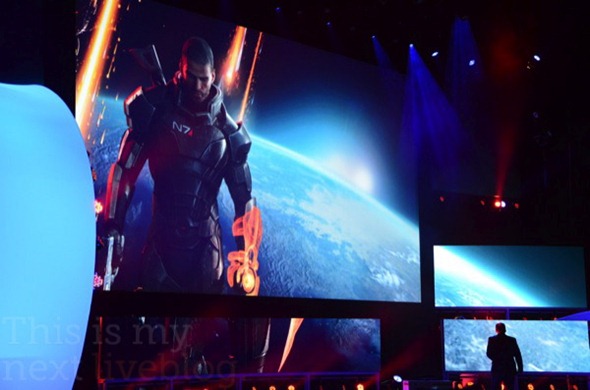 Another game with excellent support for Kinect shown at Microsoft’s conference is Tom Clancy’s Ghost Recon: Future Solider. This is really the first A-list game we saw that featured deep support for Kinect. You can shoot, bark orders to your teammates, customize your weapon etc. You will feel like you’ree there in the game instead of your mother’s basement. Of course, you can play with just your controller and I’m sure gamers would love giving Kinect a try with this. 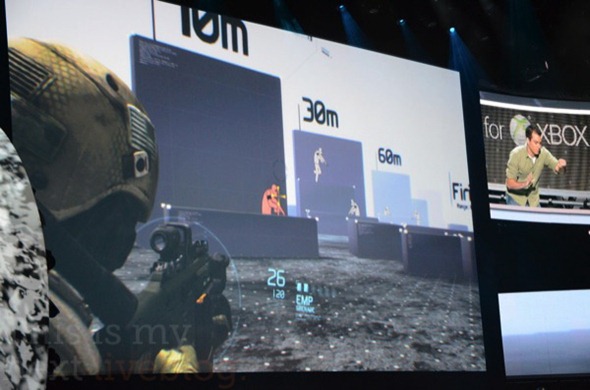 Now we move on to first party games. Gears of War 3 was shown first. The demo was short but showcased large scale battles. Expect a first class audiovisual experience with this one! 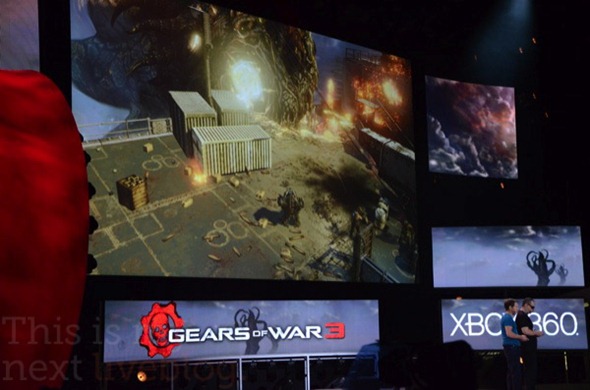 After GoW3, Microsoft showed a game called fighting game called Ryse. You kick and head-butt yourself, Kinect captures your movement and translates it into on-screen action. Get this: it’s developed by Crytek, the developers behind the stunning Crysis series!

Before you have a heart attack, this is not Halo 4. Microsoft is prepping an HD remake of Halo: Combat Evolved, the game that helped launch the original Xbox. It’s called Halo: Combat Evolved Anniversary Edition. Essentially, what you get is the original Halo – intense single player, mutliplayer and all – with high-def graphics. In stores on November 15th, 2011. 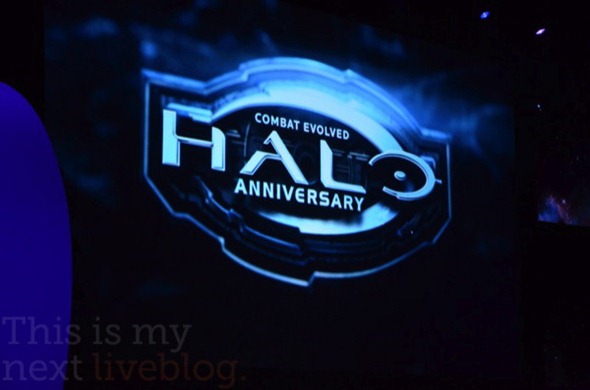 Racing Simulation fans ought to be excited at the showing of Forza Motorsport 4 at E3. It’s got support for Kinect (head-tracking for an immersive first person experience). It will be the biggest Forza yet. Coming this Fall! 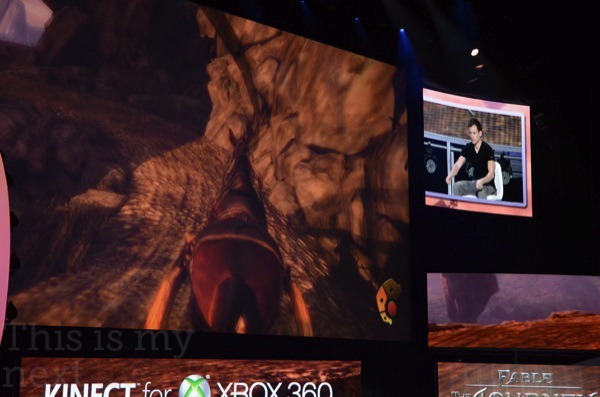 The indie game that’s taking the PC world by storm – Minecraft – will land on Xbox 360 with Kinect support this winter.

Harmonix (the developers behind Rock Band) showed Dance Central 2. It’s pretty basic. You dance like you’re ordered. The more accurately you groove, the great will be your score. 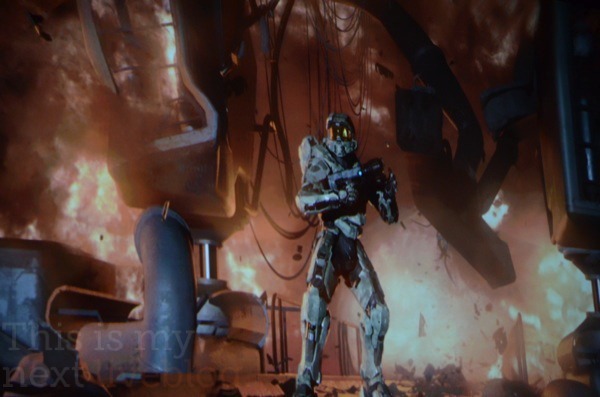 Microsoft ended their E3 keynote with the announcement of Halo 4. It was really a tease. Master Chief is ordered to wake up! He gets out of his cell and is flung through a destroyed space station.  Coming Holiday season, 2012.

Watch the trailer below:

Microsoft did a great job at showcasing games specifically made for Kinect. First up: Disneyland Adventures. The entirety of Disneyland is recreated for kids to play around with at home.

Star Wars for Kinect was also shown and, as expected, you use Kinect to make use of The Force and splice/dice the enemy with your lightsaber. There’s even voice recognition so you can say “Light saber: on”. Cool, huh? 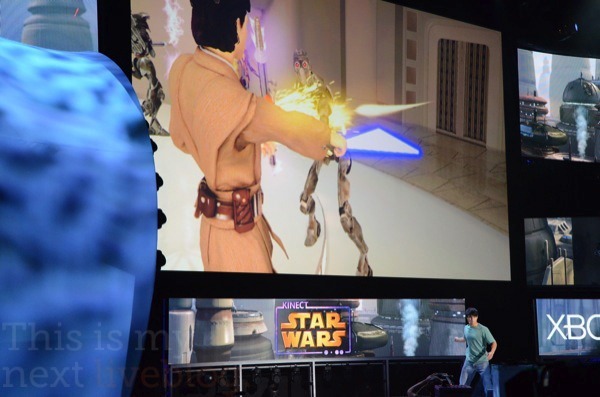 Kinect will also get features like Me (which analyzes your face, hair and clothes and the output is: a custom avatar!), Fun Labs (tool for the Kinect community to develop their own experiences) Sparkler, Object Capture (scan objects like, say, a stuffed animal and Kinect works it magic to bring it to life!).

A highly entertaining keynote by Microsoft. I was floored at the new stuff they managed to do with Kinect. 2010 was the biggest year in Xbox history… 2011 just might be even bigger!

(images via This is my next)