GTA: San Andreas Updated For iPhone 6 Plus And iPhone 6 [Download]

Console quality games on mobile devices has long been the holy grail for game developers, but making those games as good as is humanly possible on smartphones and tablets takes that challenge one step further. Rockstar Games is already pretty damned good at turning its AAA titles into mobile wonders, and Grand Theft Auto: San Andreas is no exception.

But the beauty of the App Store and others like it is that developers can keep updating their games to take advantage of new technologies, and that’s exactly what the folks at Rockstar Games has done. Released today, Grand Theft Auto: San Andreas for iOS has received an update that adds various bug fixes to the mix while also bringing full native resolution support to the iPhone 6 and iPhone 6 Plus.

Costing just $3.99, the game already supported game controllers that are made for iOS, which in effect turns iPads and iPhones into real gaming devices. Support for the iPhone 6 Plus’s huge resolution and mammoth screen in particular will work rather well in tandem with that controller support. 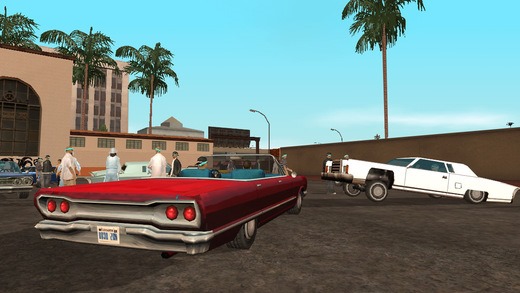 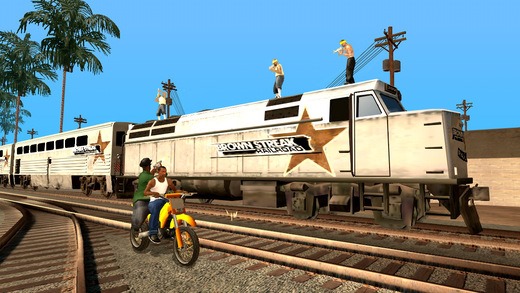 If you’re not already in possession of Grand Theft Auto: San Andreas then you can pick it up from Apple’s App Store, complete with iPhone 6 and iPhone 6 Plus support right now. If you’re a fan of the genre then you really should own this, especially given the absurdly low asking price.

Some app developers have been slow in getting their apps updated to fully support the new iPhones, so we’re always pleased to see apps, and particularly games get updates to make full use of our new phones.

(Download: GTA: San Andreas for iOS on the App Store)