Google has, for the first time, showcased a series of mini-games designed specifically for use with its Glass project, in a move that the search giant hopes will inspire developers into creating some interesting, exciting, and cutting-edge titles tailored to the face computer. If Glass is ever going to offer any kind of appeal to fans of casual games, though, one suspects that devs will need to vastly improve what Google has mustered, with the company’s collective of mini-games hardly rousing even a flicker of entertainment.

Google Glass is, despite having been the subject of incessant media coverage over the past year or so, still a product very much in the early stages, and although we’ve seen much to be excited about, there’s also a feeling that we’ve not yet even scraped the surface to what the wearable gadget will eventually be capable of. The current Explorer Edition, which remains in beta for the time being, has reached many developers and creative individuals, and with some apps already having showed a great deal of promise, it seems only natural that games should follow. 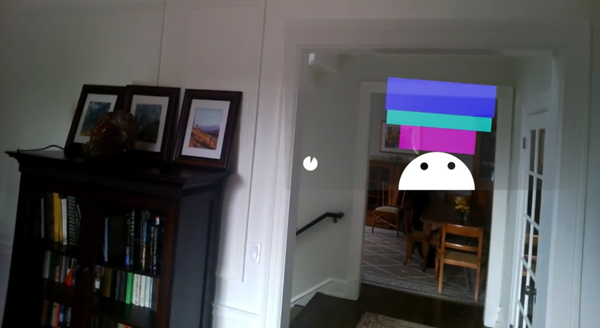 Although some have already been quietly building games and challenges for Glass users, the Big G is looking to ramp things up a notch or two, and as such, has posted a clip showing off some mini-games. At this point, the limits of such an young product are very much apparent, and although Google’s showcase does include a game similar to Fruit Ninja with the whole falling objects routine, it looks a very bare-bones experience.

The short video clip below presents some of the other games on offer, including one involving a Pac-Man-like character balancing blocks on its head, which you control using the accelerometer of Glass. There’s also Clay Shooter, which, as you would imagine, lets you take shots at certain objects flying through the air, along with a tennis game. 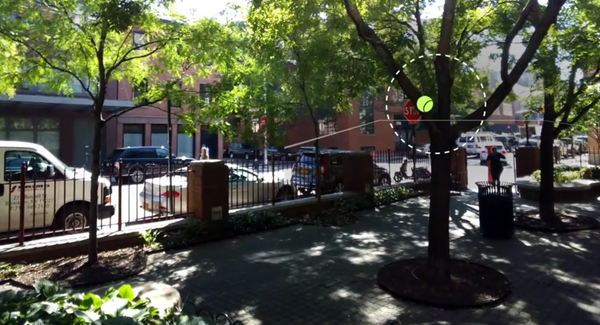 Although the clip is only 27 seconds long including Google’s ad-libs, it’s long enough to assess the distinctly uninspiring nature of each. Considering the goal was to inspire, we’re not particularly impressed, although with Glass still in relative infancy, there’s certainly scope for things to improve, and perhaps, in time, offer something remnant of the rich mobile gaming experience on smartphones and tablets.