Google is once again putting its Pixel 3a phone against the ‘Phone X’ this time focusing on the AR abilities of the Google Maps app. Previously, Google used the Pixel 3a’s low-light photography capabilities in a similar campaign.

This latest round of ads points to the way a Google Pixel 3a can use Google Maps and its new AR functionality. 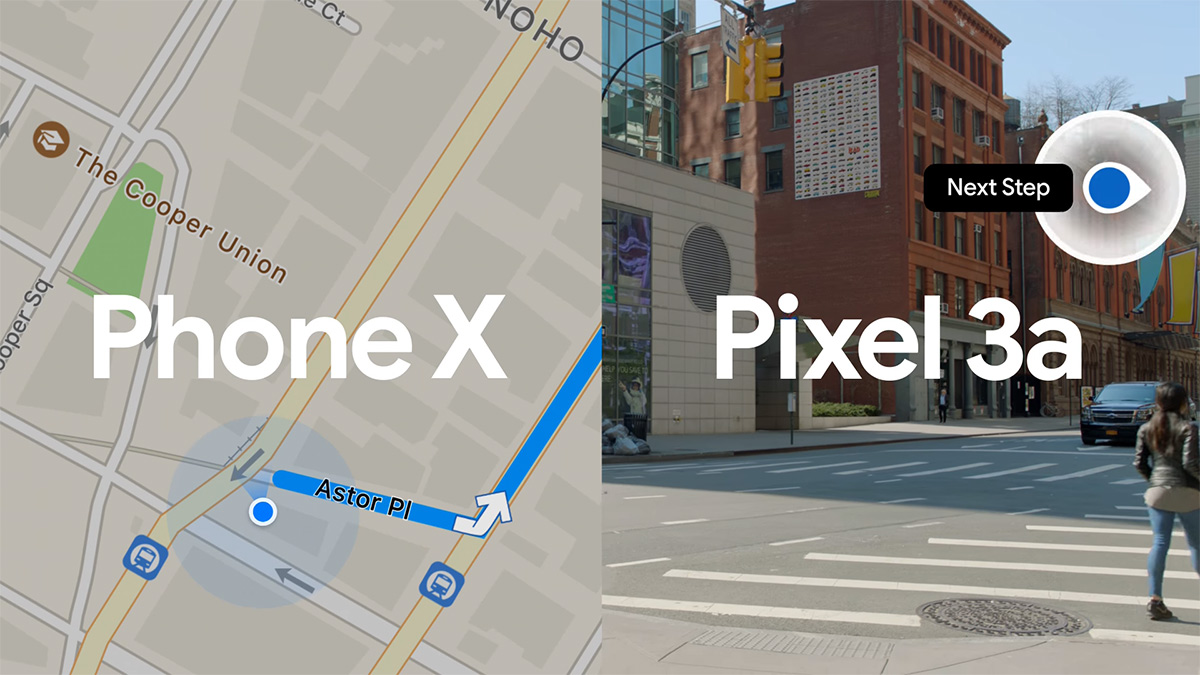 While the software is still only in a preview state and was announced at the Google I/O event earlier this month, the company is still willing to use it in advertising.

The AR navigation that’s shown off uses Street View data that is mixed with machine learning and a Visual Positioning Service. What all that means is that Google Maps can then provide augmented reality direction instructions on Pixel devices, whereas it isn’t available on other phones.

To drive that home the ad shows someone navigating around a city using Apple Maps, trying to follow along as their blue dot moves around the map. It also how’s someone using the AR view of Google Maps on a Pixel 3a and obviously enough, the comparison isn’t kind to Apple’s implementation.

To go along with the video ads, Google is also putting up billboards to help drive the point home. There’s no doubt that the ad plays well and that the AR demo is compelling, it’s just that we’re not sure we would use it as a factor when choosing a new smartphone, but it definitely can’t harm the Pixel 3a’s chances in that regard.