Google announced the Pixel 3a and Pixel 3a XL earlier this week, and the company took no time in making the phones available for purchase. That also means that the advertising machine kicked into gear pretty quickly, too, and a number of billboards have appeared to point out how much better the phone is than the iPhone X.

And it is, specifically in the aspect of taking photos at night. The Pixel Night Sight feature is one that’s been very roundly appreciated by anyone who has used it, and with the Pixel 3a and Pixel 3a XL sporting the same feature, it makes sense that Google would push it. 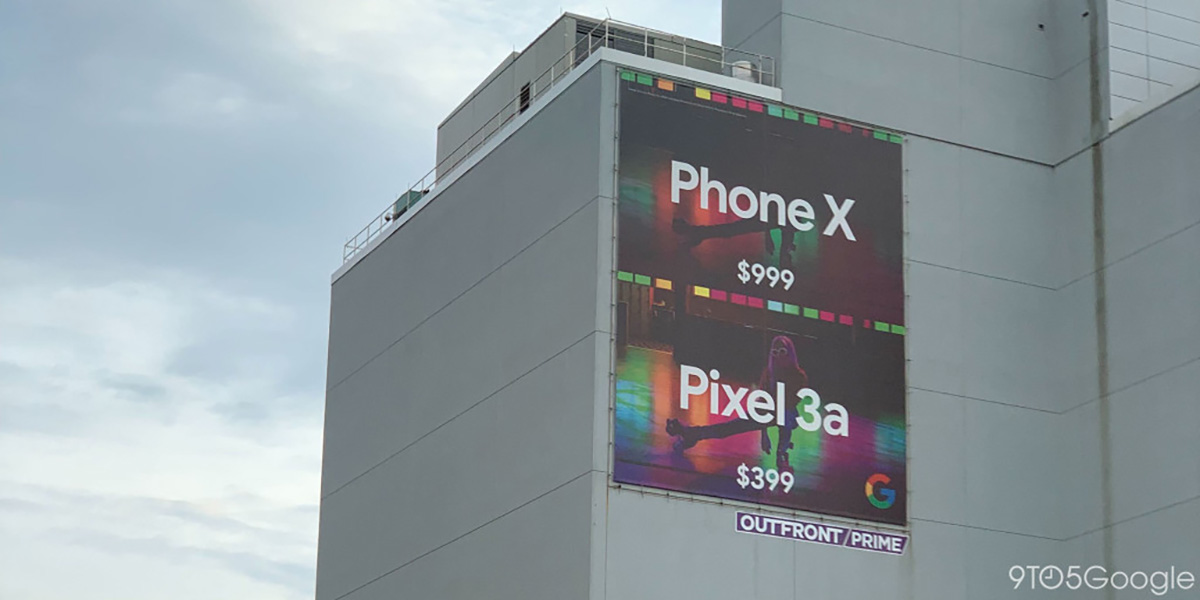 The billboards show a photo, taken at night, from both the iPhone X and Pixel 3a. The one taken using Google’s handset is noticeably better, as you might expect it to be. Of that, there’s absolutely no doubt.

For its latest phone, Google added prices to the billboard to distinguish how its cheaper phone takes better pictures in the dark compared to a flagship. Night Sight’s computational photography prowess is available on all Pixel phones dating to the original in 2016.

One mildly interesting point here is that Google is calling the competition the “Phone X,” priced at $999. That’s actually an iPhone XS, and the small print in previous ads of this nature has noted that. Why Google doesn’t just call it the iPhone XS, however, we’re not really sure.