The amazingly popular Pokémon Go for iOS and Android has not only been a global smash hit and extremely lucrative for Niantic Labs and all involved, but has also managed to spawn a vibrant and growing third-party app community. We recently told you about an app for iPhone and iPod touch that provides push notifications when Pokémon appear nearby. Now, yet another enterprising developer has put time and effort into producing a similar solution for Android, called PokéAlert.

PokéAlert for Android has been designed and developed as a very handy Pokémon Go accessory app. Rather than simply walking around with the Pokémon Go active on a device in the hope of a rare or uncommon critter appearing on the map, PokéAlert has the ability to provide instant push notifications to the device when desired Pokémon come into the vicinity of the smartphone or tablet. 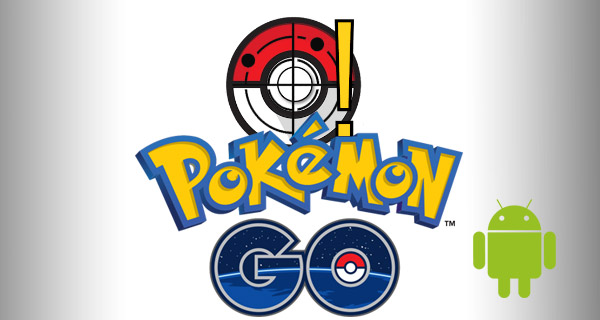 This app doesn’t provide a mapping system like a lot of other Pokémon-themed apps that use crowdsourced data to place Pokémon on a map. It’s very simple, but very effective at what it does. One of the great features of PokéAlert is the functionality that allows Pokémon Trainers to filter the type of Pokémon that they are actually interested in.

Any Pokémon Go account holder will know that Pidgey, Spearow, Zubat, Caterpie, Weedle, and a few other low-level Pokémon, will appear at almost any location with frustrating and alarming regularity. It would be extremely annoying and time consuming to receive notifications about those creatures each and every time.

Users of PokéAlert can simply use a filter system to select the Pokémon that they are looking for to add to their collection, or that they wish to catch in order to exchange for Candy for evolving purposes, and only be notified about those individual creatures. 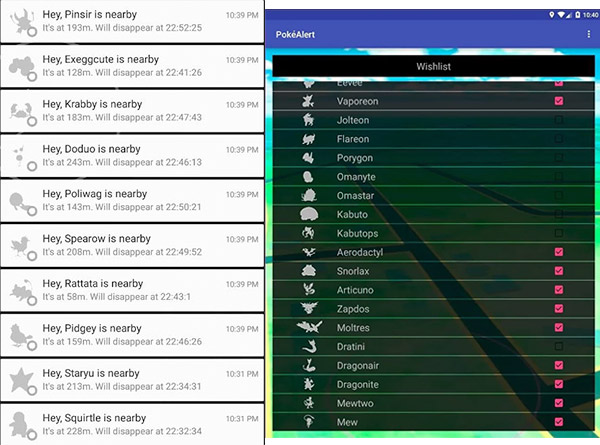 It’s a very simple, but very functional app that should hopefully be an extra weapon in the arsenal of any serious Pokémon Go player on Android. It’s definitely not the most beautiful app to look at, but its functionality, along with the fact that everything is handled without needing the app running in the background, and that users don’t actually need to have a Pokémon Go account, means that PokéAlert is most definitely worth trying out to see if it assists with the capture of those rare Pokémon.