George Francis Hotz is known for being among the group of people who first unlocked the iPhone to work on carriers other than those which Apple officially supported e.g. AT&T. He went to release jailbreaking tools like purplera1n, blackra1n, blacksn0w, a hack the PS3 and recently Limera1n which jailbreaks iOS 4.1.

And most of all, the official trailer for Geohotz – The Movie has just been released. 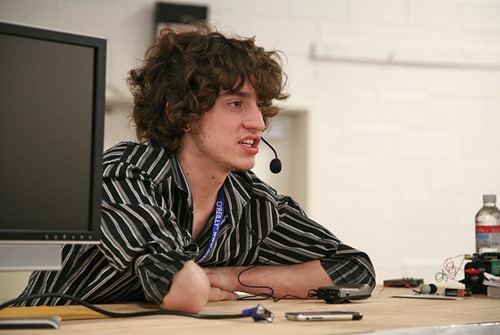 It’s not a real movie, of course. The video is merely a spoof trailer. As the video uploader brokentwice2007 explains, “[the video] is not to make fun of him but more to put some laughter﻿ into this whole scene”

See the trailer below: