Geohot’s Return with Limera1n is REAL ! Can Jailbreak all iOS 4.1 Devices for Life!

Geohot has made a dramatic return to iPhone jailbreak scene with a complete new bootrom exploit and tool to pwn all current iOS devices on iOS 4.1 for life! He has been out for months, but his return is surely going to please everyone, specially the 3rd-generation iPhone and iPod touch owners who were left out by SHAtter based GreenPois0n. 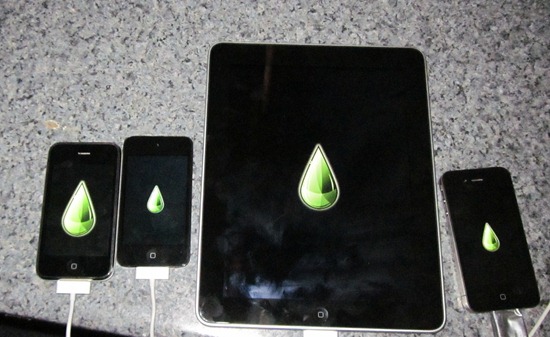 This news has been confirmed by members of Chronic Dev Team on Twitter, to whom Geohot has confirmed about his return with a complete new tool dubbed as Limera1n. Chronic Dev Team of course isn’t too pleased with it, they want Geohot to save this new bootrom exploit for the future next-gen iPad 2 and iPhone 5 devices.

p0sixninja: yes, the news about geohot is true, the day after we release ETA he decides he wants a piece of the #pie

p0sixninja: and yes it is a different bootrom exploit, he wants us to use it in GP, but there’s no way we’ll make our ETA if we do

chronicdevteam: Note greenpois0n will be released as planned. if someone decides to burn a different perfectly good exploit, that is entirely on them.

chronicdevteam: It is actually him.

chronicdevteam: because his different exploit can be saved for new iphone / ipad / ipod, AND 3G S, you’d just have to wait a little longer

StealthBravo: The significance of 10/11/10 is that its the one year anniversary of blackra1n’s release. 10/11/10 is the targeted release of limera1n

So what do you guys think about this? Should Geohot save his exploit for the next-generation iOS devices? Or should he just go ahead and release Limera1n on 10/11/10, that is right after Chronic Dev Team has released GreenPois0n? Let us know what you think about this in the comments section below.

As dramatic as geohot’s last-minute all-device JB is, still a shame that two bootrom holes will be burned at once.