Here’s Samsung Galaxy S8+ Snapdragon 835 Vs Exynos 8895 benchmark tests comparison showing which variant is powerful than the other.

Fans of the Samsung Galaxy S8 and Galaxy S8+ are likely pretty busy right now. We wager that they are either happily playing with their new smartphone or are set refreshing the shipping details hoping that something will change. Whichever of the two camps you fall into, if you are buying a Galaxy S8 class phone in the United States, you may want to look away for a moment. Everyone else, read on to find out why the international version of the two biggest smartphones to arrive so far this year are a better option than the one on sale to those in the States.

In order to set the scene, we need to refresh our memories of just what it is that beats at the heart of Samsung’s new flagship smartphones. The Galaxy S8 handsets sold in the United States are powered by a Snapdragon 835 processor (2.3GHz Quad + 1.7GHz Quad) while the model sold elsewhere carries Samsung’s own Exynos 8895 SoC (2.35GHz Quad + 1.9GHz Quad).

Now, while those two chips may look similar, it appears that not all quad-core CPUs behave the same because following extensive benchmarks carried out by GSMArena, it has become clear that the Exynos-powered phones run quicker than their Snapdragon-equipped counterparts.

In order to carry out their tests, GSMArena got their hands on two Galaxy S8+ handsets – one built for the United States, and one for the international market. Multiple benchmark tests were carried out and in all but one of them, the international phone performed better. The one benchmark in which the U.S. model won the battle was the AnTuTu 5 test, but that was certainly not enough to win the war. 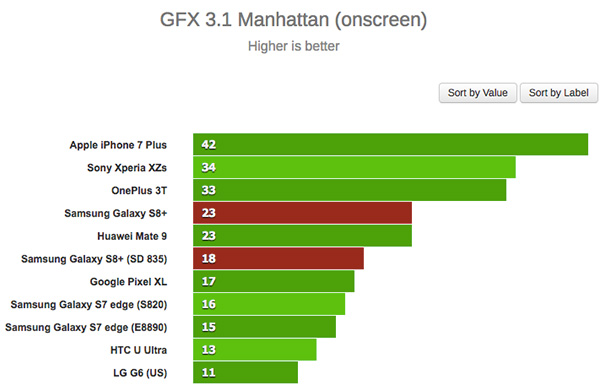 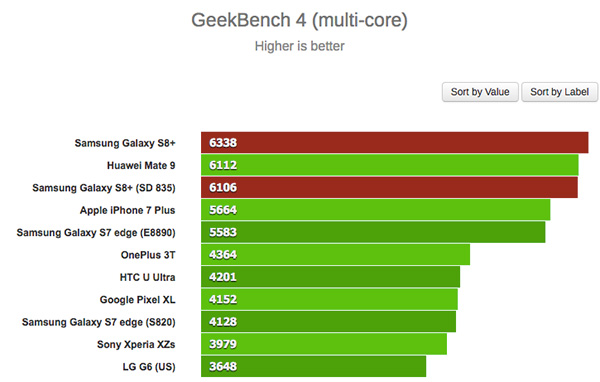 Of course, no matter which Galaxy S8 smartphone you get, you are going to receive a smoking fast phone, and one with features galore. This is still the best Android phone around at the moment, no matter which market you buy it in. However, these benchmarks do show that things are not always equal, even if they have the same logos and names on the back.