Smartphones catching fire may not be all that common, but they are unfortunately a thing that can happen, at times, in the most unfortunate of places. While the chances of it ever happening to you are slim, that’s of little consolation to those who have had devices catch fire for seemingly no reason – like this Galaxy S6 Edge+.

Owned by Reddit user needs_tree_fiddy, the device in question apparently started sizzling and emitting fumes when it was plugged in and charging, something that is unfortunately the most common story when something like this occurs. 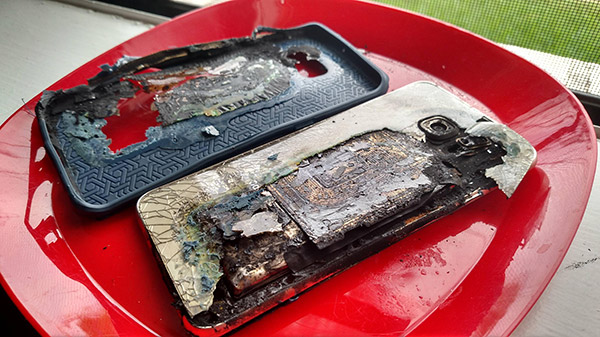 What is different here, however, is the fact that the charger in use was an official Samsung part. Normally, when we hear of smartphones catching fire, it is because they were being charged by third-party, often sub-standard, chargers.

This time around, though, the charger being used was one that shipped with the Galaxy S3, another of Samsung’s devices.

“I was not using the charger that it came with, but I was using a Samsung charger that I got with my GS3. The phone was not under my pillow, but it was lying next to me on my bed. I woke up to the sound of it sizzling and nasty fumes erupting from it.”

Thankfully, nobody was injured during the event, but there’s no doubting that having something like this happen may well put you off smartphones for a while. It’s certainly enough to have us wondering whether charging a smartphone while asleep is the best idea, that’s for sure.

At this point, we don’t know exactly what caused the fire in the first place, but faulty hardware within the smartphone itself rather than the charger would be my guess. We’re sure Samsung will want to take a look at the phone in order to try and work out what happened too, so here’s hoping something can be done to make this kind of thing even more rare than it already is.

The owner has since contacted a Samsung representative and is in the process of getting a replacement. 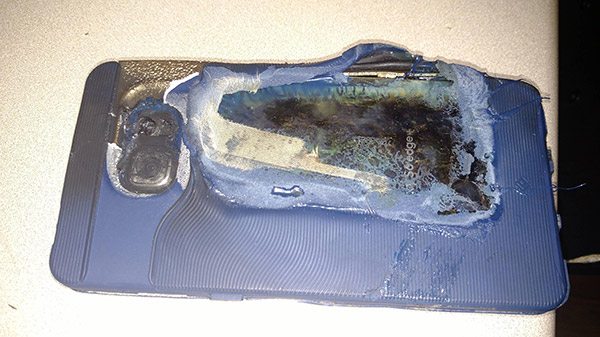