Drake loving Apple Music subscribers, your attention is required. The Canadian rapper and singer’s fourth studio album has finally been released, and as we previously reported, it is now available on iTunes and Apple Music exclusively in the first instance. The new album, ‘Views’, is without a shadow of a doubt, the musician’s most anticipated release to date, with worldwide attention already lavished over the recording prior to it even being released. As part of a planned marketing attack, Drake and Apple released ‘Views’ on Thursday night just as the rapper was preparing to do a live interview with Zane Lowe on the Beats 1 radio channel.

The rapper himself had previously used his official Instagram and Twitter account earlier in the day to drum up some pre-release excitement around the album. The official track listing was shared with the world via the musician’s social media accounts, confirming that the album will contain twenty individual tracks, with the world-wide hit Hotline Bling included in that number as a bonus track. 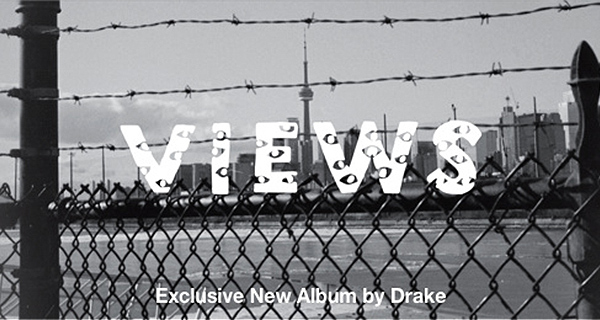 Apple Music subscribers, and those opting to purchase the album via iTunes, can expect to look forward to tracks like Keep The Family Close, Weston Road Flows, Summer Over Interlude, and Fire & Desire. That equates to approximately 1-hour and 22 minutes of Drake goodness.

The list of collaborators on the project will also be enough to raise excitement levels amongst hip-hop fans around the globe. ‘Views’ features musical and lyrical content from the likes of Rihanna, Future, Popcaan, WizKid, and Pimp C, but there is no place on the album version of Pop Style for Jay-Z and Kanye West. You’ll need to listen to the single release of that track if you want to hear the full collaboration. 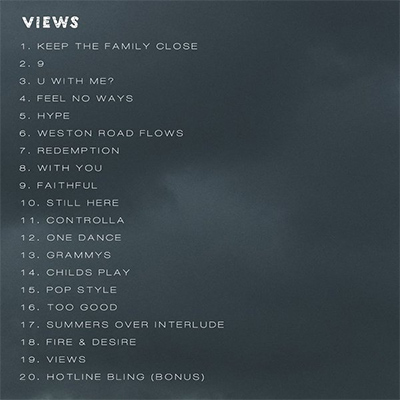 Apple Music subscribers are getting exclusive access to stream this new album for the next seven days after which it will be offered on other platforms like Jay-Z’s Tidal, and Spotify. If you aren’t an Apple Music subscriber, there is no way to purchase a single track via iTunes for now, so you’ll have to buy the entire album for $13.99.