When you make the decision to head on over to your local Apple Retail Store and purchase a brand new iPhone 6, you probably have a lot of expectations. You expect it to come with the latest version of iOS. You expect it to serve up all of the features and functionality that are specifically mentioned in the marketing literature. You expect it to be fit for purpose. What you don’t expect is for it to be innocently placed on charge during the night and then explode into a ball of flames right in front of your eyes. However, that’s exactly what Miss Tsang from Tai Wai got with her iPhone 6 Plus.

The woman from Tai Wai, Hong Kong, has reported what could very well be Hong Kong’s first case of an exploding iPhone 6 Plus. Sure, users from all over the world have noticed the device getting hot when on charge or when undergoing processor intensive tasks, but it’s unbelievably rare that the smartphone would actually explode in this nature. After putting the 128GB iPhone 6 Plus on charge at approximately 1am, the Tai Wai resident was awoken at 8am by a loud bang. She immediately noticed the burning iPhone 6 Plus on her bedside table. 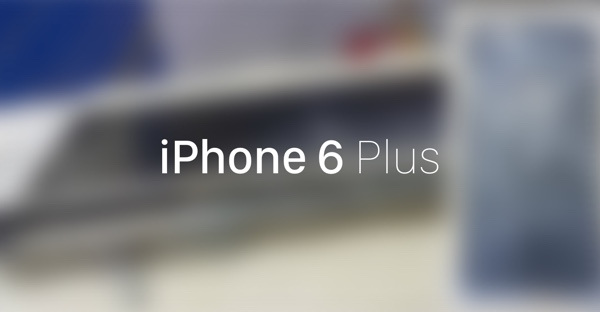 Panic appeared to be the first port of call, followed by surprise and then a natural instinct to extinguish the fire, which was achieved with the help of a pillow. Miss Tsang was then able to take stock and assess the damage to the device as shown in the embedded photos. It’s immediately evident that enough heat has been generated as part of the charging process to not only cause the combustion but also to literally melt the back cover and protective case of the device almost beyond recognition.

The owner of the device has stated that all equipment involved in the explosion was supplied officially by Apple. The Lightning cable used to charge the device was supplied with an iPad tablet, which Apple official lists as offering full compatibility with the iPhone as well. 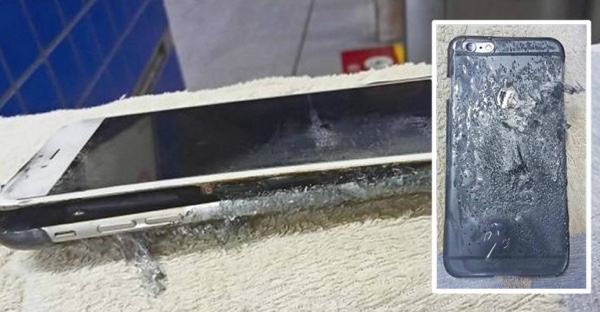 Lo Kuk-kung, who operated from within the Department of Mechanical Engineering at the Hong Kong Polytechnic University, has a theory on what could have caused the explosion:

The auto power cut-off feature of the handset for charging could have been out of order, hence the battery was overcharged and exploded due to excessive heat.

It’s actually a terrifying thought. Out of all the things you potentiality expect to go wrong with your Apple smartphone, exploding due to charging simply isn’t one of them.

This isn’t the first time an iPhone has decided to go up in flames. In fact, a few days back, we got wind of news from India that a user had his two-day old iPhone 6 caught fire on its own during a call, but luckily, the owner of the device managed to escape any sort of injury.