The Apple Watch may be waterproof to some extent, but even Apple doesn’t recommend swimming while wearing it. Apple CEO Tim Cook famously claimed that he showered while wearing the smartwatch, but even though some users have reported being able to go so far as to take a swim with the device, we’re not sure we would trust Apple’s waterproofing quite so far.

That hasn’t stopped people wanting to use the watch to track their swims though, and London-based developer Ted Bradley decided that enough was enough. Having already created a similar app for the Pebble smartwatch, he and his team set about porting it over to Apple’s hardware. The move was a success, and the team created a video in which the Apple Watch is tested alongside a Pebble to see just how accurate it was. The result shows that despite Apple’s protestations that the Apple Watch should not be used when swimming, it can actually stand up to the task surprisingly well. Very, very well. 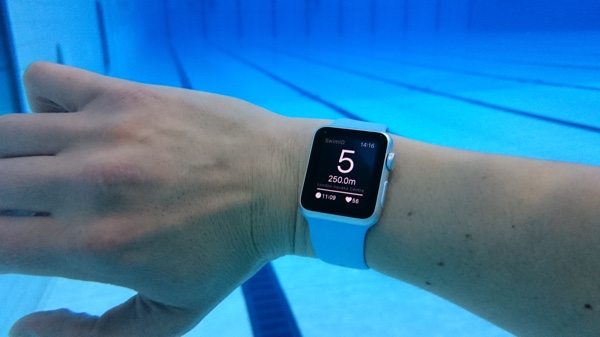 In fact, during the tests the Apple Watch managed to return results that were the same as the tried and tested Pebble, with Apple’s device even capable of tracking its wearer’s heart rate. The video notes that the app can only parse the information collected once the screen turns on, resulting in a slight lag, but beggars can’t be choosers here and the fact it even works at all is impressive. 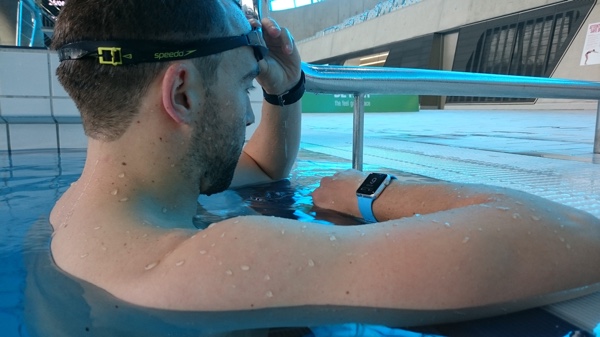 Furthermore, the data collected is all pumped into HealthKit, meaning it can be accessed by any application that wants it. It’s not all good news though, because even though the test proved a success, Bradley still isn’t prepared to publish the app to the App Store due to Apple’s rules on apps that may incite owners to use the Apple Watch “in a way that may cause damage to the device.”

Check out the demonstration below and see for yourself what the possibilities might be if Apple raises the bar higher on its smartwatch’s waterproofing credentials in the future.

Like we mentioned before, this isn’t the first time the Apple Watch has taken a dunk in water. With various tests already floating around on YouTube, while some of the best ones have been covered by us as well.

Here’s to hoping that the Apple Watch 2 is all set for a long summer swim.