Shocker: Galaxy S5 Could Have iPhone 5s Like 64-bit Chip Too, Samsung Hints. Also, Water Is Wet, Night Is Dark.

Just days after Apple did something we didn’t expect to see quite so soon – announce a 64-bit smartphone – it seems that the competition is already trying to scramble to catch up after Samsung confirmed that it, too, is set to bring its own 64-bit smartphone to market.

Samsung’s mobile business chief Shin Jong-kyun told The Korea Times: “Not in the shortest time. But yes, our next smartphones will have 64-bit processing functionality.” What that actually means, once deciphered, is that Samsung wasn’t expecting Apple to launch an iPhone with a 64-bit mobile CPU inside it, either, and will now be pulling all-nighters until it’s got its own ready. Expect to see the Galaxy S5 to ship with that chip beating at its heart.

Of course, even with the iPhone 5s looking so fast on charts and in statistics, the jury is still very much out on just whether 64-bit processing in a smartphone is really needed at all. On the desktop side, the use of 64-bit chips came along as the use of systems with more than 4GB of memory inside became widespread. As 32-bit CPUs cannot address anything more than 4GB of memory, 64-bit chips were needed. That makes sense, fine. 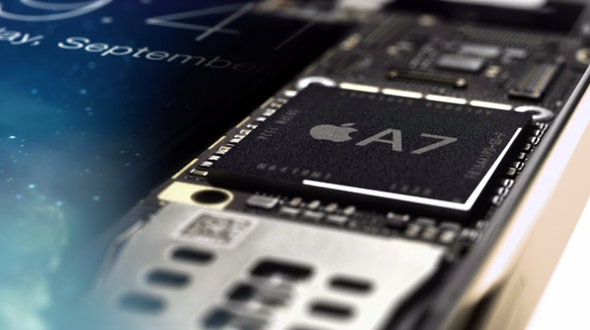 But what about mobile? Well, for starters we’ve not had smartphones with 4GB of RAM in at all. In fact, the recently announced Galaxy Note 3 is going to ship with *just* 3GB of RAM. So, is the 64-bit race just a game of seeing how many stats you can get into one smartphone? Well, that’s a matter for debate now, isn’t it? 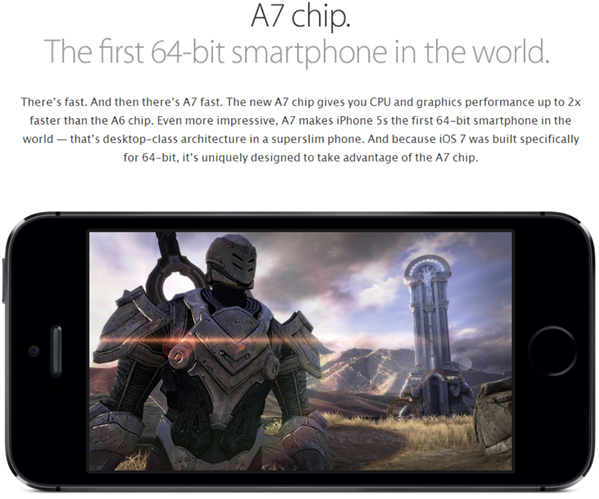 Apple isn’t usually one for resorting to such tactics, so we’re going to assume that the 64-bit chip is indeed needed for whatever magic is going on inside the 5s, at least until proven otherwise. What we do know is this; expect to see every smartphone manufacturer on the planet run out to find its own 64-bit SoCs quicker than an iPhone 5s queue can form outside an Apple Store.