When Apple announced its iPhone 5s and iPhone 5c devices at its big event a couple of days ago, the Cupertino firm also confirmed that it would be making the 5c variant available for pre-order on the 13th of September – a week before it goes on sale alongside the 5c. What Apple did not tell us though, was just when on the 13th the iPhone 5c would be available for pre-order. Now, if information from Verizon and other U.S. carrier partners is to be believed, we have that information.

According to a pre-order page on the Verizon website, the carrier will be allowing customers to pre-order their new, and extremely shiny iPhone 5c from 3am Eastern Time, which mean 00:01 Pacific Time on the 13th. Sprint has a similar page up, showing 2am Central Time for pre-orders, which again translates to midnight Pacific Time. 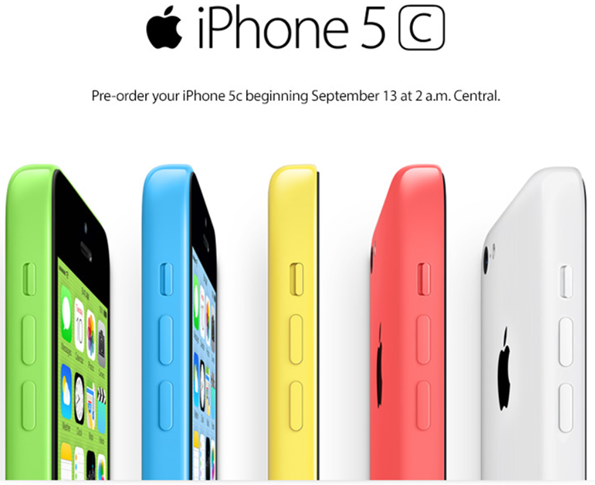 This fits in well with what Apple has done with its iPhone pre-orders in the past, and it’s believed that worldwide pre-orders will all begin at midnight Pacific time, so if you’re not in the United States it may be worth working out what time that is in your location.

Interestingly, Verizon does not say that the iPhone 5c will be the only handset available for pre-order at that time. Apple has said that the iPhone 5s will not be made available for pre-order, and that anyone wanting to pick one up will have to visit a store in order to do so. We can’t help but think that carrier partners would follow Apple’s lead on something like this, but then again with the power that some of these carriers have, we really wouldn’t put anything past them at this point.

Both the iPhone 5c and iPhone 5s will be available to buy from the 20th of September, a little over a week since they were first announced at Apple’s Cupertino headquarters. Both devices are expected to sell well, so if you are indeed planning on making a visit to a store on Friday, then you might want to get there nice and early. And by early, we mean start to queue now!