iPhone 5c Pre-Orders To Go Live On Sept 13, No Pre-Orders For iPhone 5s

After much deliberation, rumor and speculation, the iPhone 5c, a low-costing, polycarbonate-clad smartphone, is finally upon us. The even better news for those looking to purchase the handset is that it will become available to pre-order from September 13th. The device will, along with the new flagship iPhone 5s, be available in stores from September 20th, in line with conjecture prior to today’s proceedings.

When Apple makes a new announcement, it always takes the headlines by storm, and even with the likes of IFA and the numerous Microsoft revelations of the past week, not much has stood in the way of the new iPhone 5c and 5s unveiling.

Having just showcased the new devices to the world, the distribution push will, by the sounds of things, be a typically prompt affair. While some companies like to announce products months in advance, Apple tends to run a tight ship, and with today being September 10th, the two new handsets will be available in stores from September 20th.

The iPhone 5c, with its enticing price tag, could be a real winner, but the iPhone 5s, which wows with a 64-bit Apple A7 processor and fingerprint sensor, will surely have the fanboys queuing on the 20th.

Apple seems to have done a good job of keeping the two new devices separate, with clear distinctions in design throughout. The iPhone 5s, which ships in three different colors, has a very premium, high-end look, while the iPhone 5c does look rather like an iPod touch with the phone bit. But they both have very different roles to play in the evolution of the iPhone in general; the iPhone 5c is very much Apple’s weapon in the quest to expand in markets such as China, while the iPhone 5s has the much easier task of looking pretty, and claiming to be a major upgrade on its predecessor thanks to a few nice quirks. 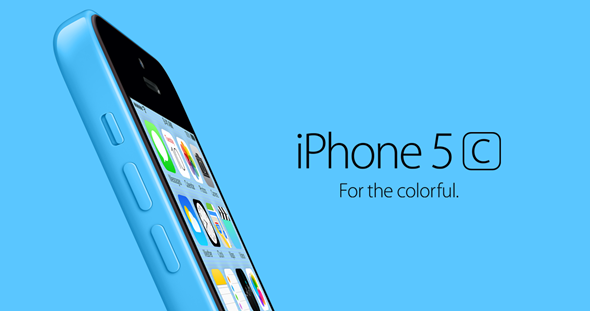 Consumers are still going to have a bit of a choice to make when in that queue in ten days’ time, which begs the question: which device will be taking your money? Or do you have your eyes on something, shall we say (at risk of opening a can of worms) more substantial, like the new Samsung Galaxy Note 3?