The demise of Google Reader brought with it a fair amount of unhappy mojo within the technology industry. A number of extremely popular and favored RSS readers and apps were forced to withdraw their support for the service, which in some cases left the software in a position where it either needed to reinvent itself or simply fall into the RSS abyss. Silvio Rizzi’s Reeder app was always considered to be one of the best feed readers around, meaning that there was no way the developer would let his creation wither and die. The next-generation of the Reeder app is now available on the App Store and it’s better than ever in its post Google Reader state.

The app has been released under the Reeder 2 name and essentially represents a whole new beginning for the software. The first noteworthy change within the app is that it has benefitted from the iOS 7 visual overhaul. Fear not users, as Rizzi has stayed away from making Reeder 2 an iOS 7 only app and offers full support for devices that are capable of running iOS 6.1 and above. 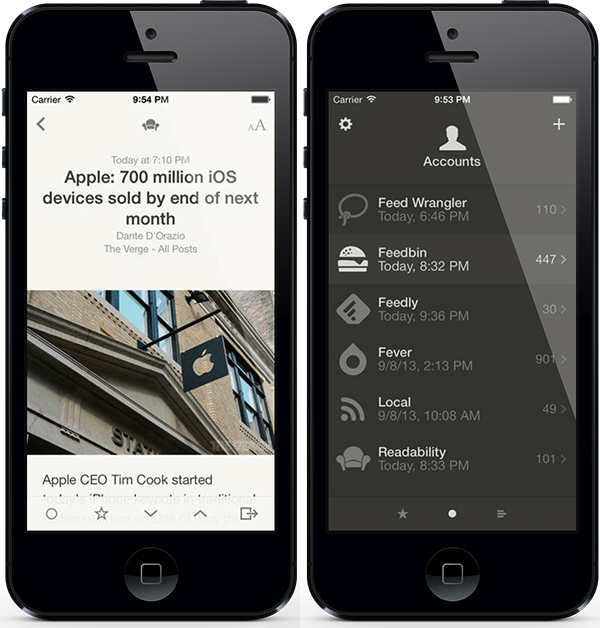 The minimal and simplistic design allows feeds to be read effectively without any clutter or distraction. Reeder 2 obviously no longer offers support for Google’s Reader service – as it no longer exists – but it does come bundled with extensive support for a number of other feed offerings. Feedbin, Feed Wrangler and Feedly are all supported with synchronization capabilities, as are Fever and Readability. Users can also opt to add local RSS sources to the app to pull in additional content but this functionality is offered without any sync features. 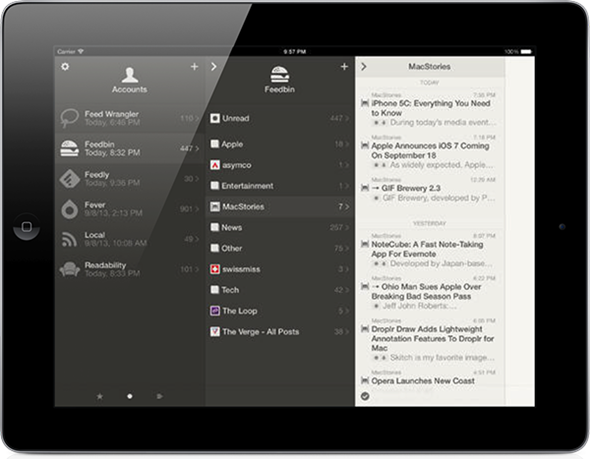 Any modern day app of this nature wouldn’t be complete without a plethora of social sharing options being integrated. Reeder 2 certainly doesn’t disappoint the more social among us with support for fourteen different sharing methods including Facebook, Twitter, Mail, Delicious, App.net, Instapaper and Pocket. Plenty of options for even the most hardcore iOS using social addict. It looks extremely likely that Reeder 2 will continue to be the de-facto standard for feed reading apps on the App Store. Users can grab it now for $4.99.

We reported back in April that Reeder for iPad and Mac went free, and the developer of the app promised that development will continue. After seeing today’s release, it’s safe to say that the developer is staying true to his words.