Flaw In iOS 6.1 Lets Anyone Bypass The Passcode Lock Screen On iPhone [VIDEO]

iOS 6.1, released last month, has already received its fair share of criticism and bad press as major connectivity issues were discovered within weeks of the system’s public release. If that wasn’t enough of a reason to put you off from upgrading for the time being, this might be: with a few simple steps, it is possible for any user to bypass the passcode lock screen on an iPhone, giving an unintended user permission to view and edit sensitive information such as contacts.

This new exploit, discovered by a user and widely described in a YouTube video, does not require any form of software or access to a computer: indeed, all it needs is a crucial vulnerability present on iOS 6.1, affecting the Phone app on the iPhone. The process itself is quite cumbersome, yet it boils down to a few simple steps: attempting to perform an emergency call from the lock screen, then pressing and holding the power button, followed by turning the screen off completely; then repeating the process until the full unlocked Phone app is displayed, with all of the sensitive data easily accessible. 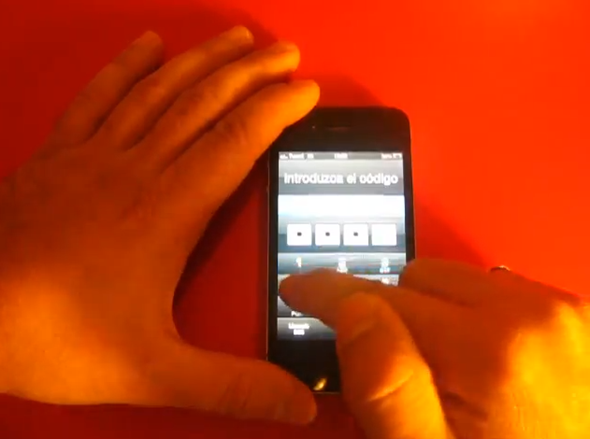 A video has been published outlining this process in great detail, have a look below to see for yourself how easy it is:

This is not the first time that this issue has popped up. Way back in October 2010, iOS 4.1 was plagued by the same issue, and last year a similar exploit surfaced with the Camera app button on the home screen, allowing unintended users to fully unlock the phone.

While I personally was unable to access the home screen using this particular exploit this time around, the fact that I could access all of my contacts, and probably other stuff as well, without typing in my passcode is rather troubling. In an era where getting access to sensitive information is a bigger issue than ever, along with our personal lives becoming more and more digital, we are hoping that Apple issues a fix for this soon.

iOS 6.1 was plagued with issues since its release, including a connectivity bug that prevents users from connecting to Microsoft Exchange networks, widely used in businesses across the world. As a result, many companies and even phone networks are encouraging users to put off upgrading until Apple issues a fix, which we expect to see now in iOS 6.1.2 for all iDevices as iOS 6.1.1 was released a few days ago only to address connectivity issues on iPhone 4S.

Update x1: An Apple spokeswoman has given a statement to AllThingsD, saying “We are aware of this issue, and will deliver a fix in a future software update.”