Apple has upped its retail store game once again. After recently opening up its first two stores in the UAE, the Cupertino-based company has now announced that it will eventually have an official Apple retail presence in Singapore. As part of Apple’s efforts to continually improve its retail experience with each new store, this particular offering in Singapore will once again push the boundaries by integrating solar panels that will provide the operation with 100-percent renewable energy source.

Other than actually confirming the future existence of the first retail Apple Store in Singapore, not a lot more is actually known about the project at the moment. Apple is keeping the information regarding location and opening dates a relatively close-guarded secret right now, but we do know that the Cupertino-based company has entered into a partnership with solar energy developer Sunseap Group for the provision of 100-percent renewable electricity which will see the store go down a green route when officially opened. 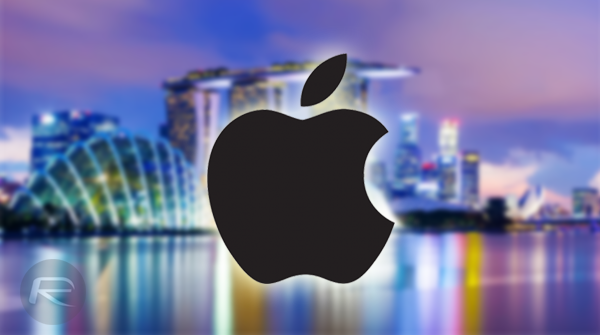 According to a report on the subject, the collaboration between Apple and Sunseap Group will make Apple the first company in the region to run a store exclusively on a renewable energy source. As is generally the case in most locations around the world that utilize this type of technology, it’s rarely a 100-percent solution, and is more often than not supplemented with additional, standard energy provision that taps into the power grid. The group currently has solar panels installed on more than 800 building tops across the Singaporean skyline, but Apple will be financing the project allowing Sunseap to complete it on time.

The partnership in Singapore is the latest in Apple’s plans to become a more “green” company worldwide. In October of this year the company announced an initiative that would result in various projects being undertaken throughout China with the intention of producing more than 200 megawatts of renewable energy sources. That announcement was in addition to the fact that Tim Cook’s firm had already made a commitment to purchase power from a California solar farm to pump renewable power into its new “spaceship” campus when it eventually nears completion.

As soon as we have more information about the new Singapore store, including where it will actually be located and when it will open, we’ll be sure to bring that to you.