Just one day after showing off new products at WWDC, Steve Jobs headed back home to pitch the company’s new campus in a Cupertino City Hearing. Apple, which has always been based in the city, is now Cupertino’s largest tax payer, so as you might expect, all the lawmakers were loyal Apple fan boys. 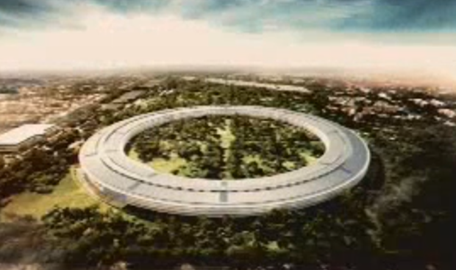 Apple purchased 100 acres from HP last year, after Hewlett-Packard consolidated its operations a few years back, and plans to turn that space, plus 50 acres of its own, into a brand-new "campus", comprised of one huge building. As you might be able to tell from the mockup above, the future building will look like spaceship and house roughly 13,000 employees, which are now scattered across several other rented buildings in the area (and as Jobs confessed, "not very good" buildings).

The facility will be used for several purposes, including Research and Development and programming. The building will also house several cafeterias, with capacity for a whopping 3,000 people each, and even a fitness center. All of this in this incredibly large 4-story building.

The company plans to take care of the surrounding area as well. By moving most of the parking space underground, Apple can afford to populate the land with trees, increasing their number from just over 3,000 to 6,000, including many native to the area. The facility will also generate its own power, and only resort to the city’s power grid as "backup".

This planned campus isn’t intended to replace the company’s Infinite Loop headquarters, which has the capacity for roughly 2,600 people, according to Jobs. Apple’s Cupertino workforce has exploded over the last few years, and now stands at 9,500, so you might see why it would make sense to have more people under one roof.

The company also owns facilities in others cities in the United States, such as a call center and shipping plant in Elk Grove, CA, where it also used to operate a Mac assembly plant. While that might be the case, Apple wishes to keep most of its workforce in Cupertino, where it was founded. 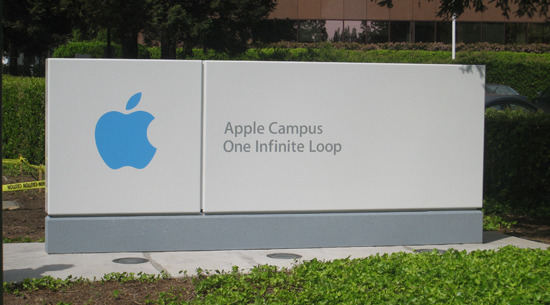 While this plan hasn’t yet be approved by the City of Cupertino, the process is expected to go smoothly, since Apple is after all the city’s largest tax payer. As Steve was kind enough to point out, if Apple left, much of the city’s tax base would leave too.

For the full hearing, watch the video below: