Facebook’s CEO Mark Zuckerberg On Google+: Been There, Done That

At a Q&A session at today’s Facebook’s event, Mark Zuckerberg, the company’s CEO and founder, was asked about his opinion on Google+. According to Mark, he simply sees Google’s service as a validation for his vision, much like personal computing today is a validation of the vision of just a few people several decades ago. 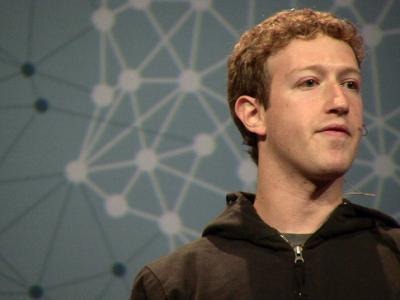 If you’re not yet aware, Zuckerberg did toy around with Google+ when it was first released, quickly becoming the Google+ user with the most number of people adding him to their respective Circles! As expected, Mark’s profile looks rather empty, with the simple bio “I make things”, but he has added 69 people to his circles, presumably other Facebook employees. A few minutes poking around the site was enough for him to draw conclusions:

I view a lot of this as validation as to how the next five years are going to play out,

Mark doesn’t feel concerned about Google+ as a competitor: “Our job is to stay focused,”, he said. Instead of competing with Google, Facebook will likely continue charting its own course, at least in the short-term, although I suspect we’ll soon see some similar features to the ones found in Google+.

Google+ is Google’s latest attempt to become successful in the social networking space, after Buzz, and Wave before it, failed to gain any sort of public attraction and were quickly extinguished. Currently an invite-only service, Google+ is marketed as a social network developed to leverage natural human interactions, without being crippled by technology. Among the most important new features, Google+ features +Hangouts, which allows for effortless online group video chats, all though the web browser. If you want to read more about Google+, check out our great write-up about it.

Today’s Facebook event was aimed at transforming its aging Facebook Chat feature into something more appealing. At the event, Mark Zuckerberg took the stage and showed off a new look for Facebook chat, as well as new functionality, namely multi-person text chats/group chats and two-way web video conversations. For the latter, the company partnered up with Skype in order to fine-tune the service’s underlying technologies to work more seamlessly on web browsers.

Google+ definitely has long ways to go if they are planning to catch on with Facebook’s 750 million users milestone. Yet, Google has had more success with this new social venture than it’s had with its true previous failures, therefore it must be doing something right.