Spotify Finally Announces US Launch, Sign Up For An Invite Now

Those of you in Europe just lost one of the few things you can brag about having that your US-based friends didn’t, after Spotify announced that it it finally crossing the ocean to the United States. 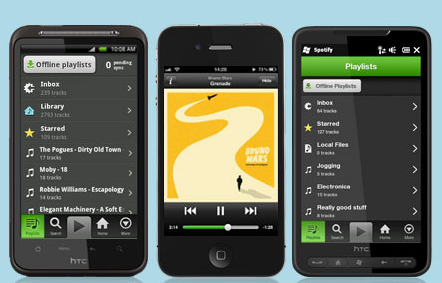 Having recently received $100 million worth of funding, Spotify made the announcement today that the music streaming service will come to US shores soon.

The award-winning music service that’s taken Europe by storm will soon be landing on US shores. Millions of tracks ready to play instantly, on your computer and your phone.

Users can sign up now for an invite to the early testing phase of the much loved service, though no information on a launch date for the beta, or indeed the full release, have been shared as yet.

So what is Spotify?

Think of Spotify as your new music collection. Your library. Only this time your collection is vast: over 13 million tracks and counting. Spotify comes in all shapes and size, available for your PC, Mac, home audio system and mobile phone. Wherever you go, your music follows you.

And because the music plays live, there’s no need to wait for downloads and no big dent in your hard drive.

Spotify has, up till now, been a Europe-only music streaming service that combines desktop and mobile applications to fill a streaming hole left open by Apple’s reluctance to enter the market.

US users have had similar services to Spotify for a while now, with Rdio and the like offering a similar streaming model. Spotify has long been the high watermark to which other services have been held to, though. and a US launch has been wished for by many a US-based music lover.

Many had wondered if the Spotify announcement this morning may have had something to do with Facebook’s ‘something awesome’ announcement, after the two had been reported to be working together on a streaming Facebook service. At the time of writing however, no such announcement has taken place and Facebook’s event only spoke of Skype integration.

The problem now is, since Spotify is going global, what do Europeans have to laud over their US-based friends, other than having ‘proper’ football, of course?

Sign up for an invite now, and look forward to streaming music goodness from the guys who started the whole thing.