Mark Zuckerberg Is Now The Most Popular Person On Google+, Beats Google CEO Larry Page On His Home Turf

Mark Zuckerberg, Facebook’s CEO and founder, is now the most popular person on Google+ in terms of total people that have added him to their respective circles. 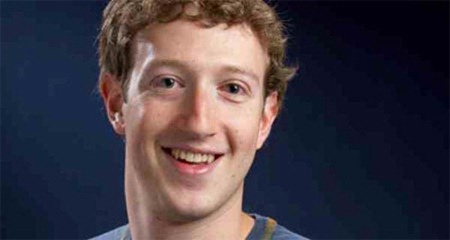 As of writing, Zuckerberg is being followed by 34,759 people. That’s approximately twelve thousand more than the number of people that have added Google’s own CEO Larry Page on the up and coming social network. Page himself is being followed by, as of writing, 23,633 people. Rounding up the top five are Vic Gundrota (Senior VP, Engineering at Google) and Sergey Brin (Google co-founder).

This is a bit odd considering how + is Google’s competitor to Facebook. It is considered odd when the CEO of a rival company uses the rival’s product. Google’s own CEOs – Larry Page, Sergrey Brin and Eric Schmidt – have never really used Facebook for interaction, but Facebook’s CEO, of course, isn’t all that hesitant.

The CEO’s profile has been confirmed to be real from tech blogger and Rackspace employee Robert Scoble. Scoble texted Zuckerberg and received a reply saying. “Why are people so surprised that I’d have a Google account?” 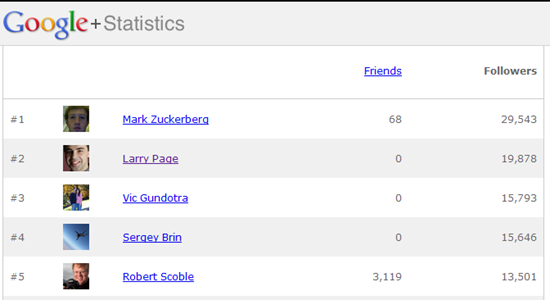 Zuckerberg signing up on + is akin to Steve Jobs using an Android smartphone. That’s why people are surprised. You may follow Mark Zuckberberg on Google+ by heading here.

Mark Zuckerberg co-founded Facebook back in 2004. The website is now the world’s most popular for interacting with friends, acquaintances and family online, with over 700 million users. For his role in transforming online interaction, Zuckerberg was named Time Magazine’s Person of the Year in 2010. His journey of conceptualizing, programming and popularizing Facebook was dramatized in last year’s hit film The Social Network.

Google+ is being targeted by cybercriminals in an invites-based email scam, as we reported previously. Response to the network so far has been mixed so far with one group of people lauding the service for its modern, privacy-centric features (+Circles is brilliant!) and the other simply going stating that + doesn’t solve any problems for them and that Facebook and Twitter get the job done.

Those of you who’d like to give the all-new social network a try, may do so by asking their friends (who are already on +) for an invite.