By now, I’m sure readers of Redmond Pie have heard of Google’s answer to the Facebook phenomenon: it’s called Google+ and the social network, as we’ve written before, is seeing extremely fast growth. 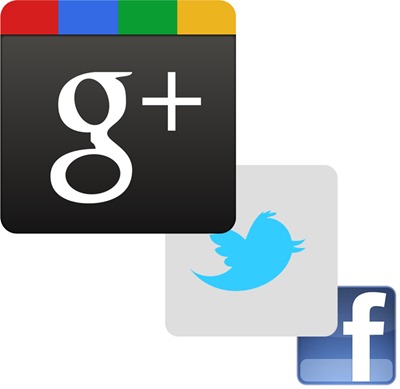 Google+ was launched nearly a month ago on 29th June. The new social network packs quite a punch, introducing powerful new features like +Circles, +Sparks, +Hangouts (among others) which Goncalo talked about here.

The new network is seeing exponential growth at the moment. It reached 10 million users within a mere 16 days after launch. Leon Haland has expertly visualized +’s growth compared to Facebook’s and Twitter’s in their initial stages.

Facebook and Twitter took around the same time to reach 10 million users: 852 and 780 days respectively whereas Google+ only took 16 days to cover the same ground.

Now this is just outstanding growth. You can see it for yourself in the graph embedded below. 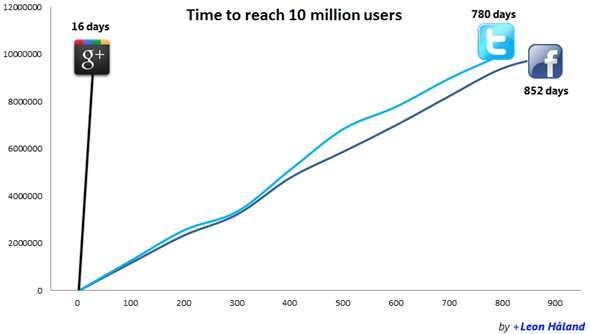 One can attribute a number of reasons why Google+ is seeing such fast growth:

The chief reason really is that the world we live in today – the world in 2011 – is a much more connected one as compared to the world when Facebook and Twitter took birth (2004 and 2006 respectively). Awareness of Facebook/Twitter took more time to spread than it did for Google+ because of the presence of Facebook/Twitter themselves. So people flocked to Google+ as soon as they heard about it on competing social networks.

The second reason is people’s dislike (pun intended) for Facebook as a company. People rightly believe that Facebook Inc. is a data-hungry company which has no regard for their user’s privacy (not that Google as a company is any better at that). Things have improved in recent times, with Facebook allowing users more control over their data. But being a Facebook user since 2007, I’ve seen the blatant disregard Facebook showed for user-privacy in the past.

Google+ was made from the ground up keeping in mind the privacy requirements of the average online social networker today, and it is successful at it: +Circles is a brilliant feature that allows users to put people they know into different social circles – just as they do in real life. Sharing is made easier thanks to this. While Facebook offers a similar Lists feature, it simply isn’t as well-implemented. 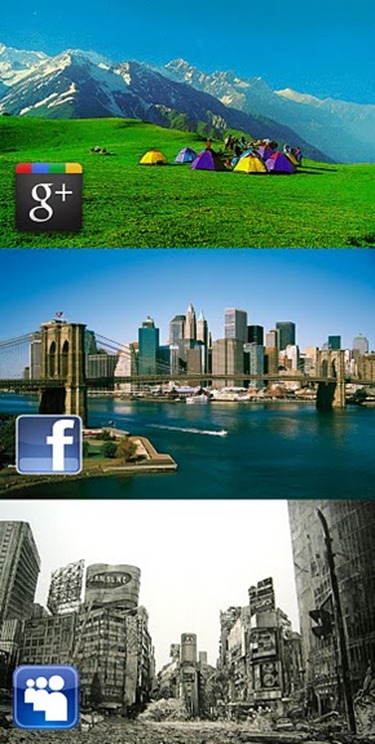 Lastly, Google+ has Google behind it and Google’s popular Gmail service means there are millions of users who already have Google accounts. All these users had to do was log in with their accounts to open up their + profile.

Still, this is what they call exponential growth.

If you want to access Google+, ask your friends for an invite! Here’s how they can go about it.

Google+ app for iPhone is available now. It doesn’t officially work on the iPod touch or iPad, but we’ve talked about how you can make it work anyway.