In one of the most unexpected cases we’ve ever come across here at Redmond Pie, an angered boyfriend forcibly attempted feeding an iPhone to his girlfriend after getting all raged up over unclear reasons. 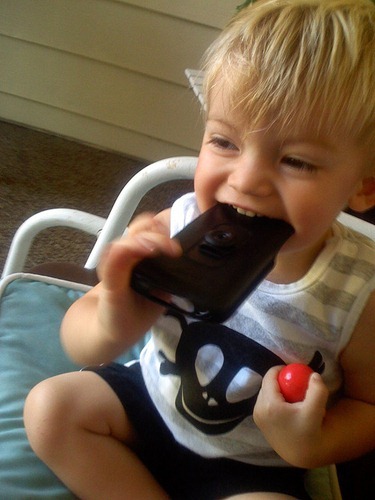 The story comes from New York Post which notes that Brian Anscomb, a 37 year old patent attorney, attempted force-feeding an iPhone to his 23 year old girlfriend (not that there is anything wrong with it but that’s quite an age gap!).

The physical damage to the iPhone girlfriend isn’t severe, thankfully, as she has suffered only minor cuts and bruises on her mouth.

A patent attorney stuffed an iPhone down his girlfriend’s throat during a spat in their posh Upper East Side home, authorities said yesterday.

It wasn’t his first phone flipout — on July 10, he allegedly cracked her cellphone in half when she tried to call cops during a nasty squabble.

Anscomb then slugged her in the eye as she tried to flee, court papers claim.

This wasn’t Anscomb’s first time with a phone either. Just ten days before feeding the iPhone, he cracked his girlfriend’s cellphone in half after one particularly foul fight when the girlfriend attempted calling the police.

Anscomb was arrested on Sunday. His lawyer denies all allegations.

Thank God Anscomb used the iPhone. Had it been for the HTC Thunderbolt or, *shudders*, Xperia Arc, the damage would’ve been far more severe.

As punishment, we suggest Anscomb gets forced to eat an Xperia Arc or, even, better, one of those old Motorola RAZRs. That ought to, as Joker would say, put a smile on his face.

Disclaimer: The image used above has nothing to do with this particular incident.