Apple’s methodology of testing a feature on one product and then trickling that feature out to other products looks set to be coming into play once again. According to the Display CEO of Electronic giant LG, Young Soo Kwon, Apple’s next iPad will come with Retina display – just like on the iPhone 4. 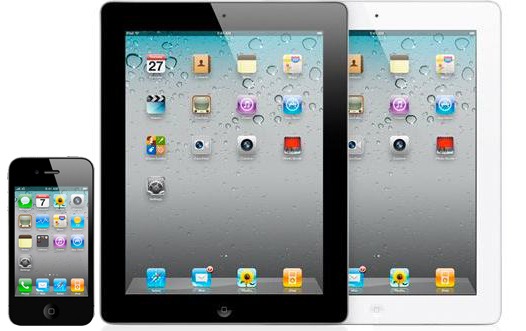 While making an announcement, a slip of the tongue revealed that, “more smartphone manufacturers will release new models employing LG’s “Retina Display’’ that has been used in iPhones and iPads.” Now as we know, iPads do not currently have Retina display and the only iDevices which currently does is the the iPhone 4 and the iPod touch 4G, of which LG manufactures the screens.

It wouldn’t come as too much of a surprise if this was the case – Apple has had LG and also Samsung hard at work quality testing screens, trying to eke out the highest quality they possibly can for the upcoming iPad screen. Many expected the iPad 2 to feature a high-res display, but unfortunately it was shipped with the same screen as its predecessor. Hopefully it will be third time lucky for all the HD loving iPad fans out there, many of whom saw the iPad 2 as more of a minor upgrade as opposed to a real game-changer.

The iPhone 4’s Retina display was one of the many huge improvements made by Apple from the iPhone 3GS and its 320×480 display, and has made everyday tasks such as zooming while browsing and reading books not only as easy as pie, but a joy to behold. It is what gives the iPhone 4 that little bit of if you like, class. To have that delicious display on the iPad’s near ten-inch screen would certainly be a welcome addition to anyone’s gadget collection. Imagine what a newspaper or magazine would look like rendered at that quality! All that would remain is that Apple could cope with the power-drain..

In addition to the iPad, it will be interesting to see which other smartphone manufacturers follow the Apple route and employ Retina display to their products, if what Young Soo Kwon said is to be taken as gospel. Could it be that we see an Android, or Windows 7 smartphone through the super-sharp retina lens in the not-too-distant future?

To wrap it all up, its expected that Apple might launch an iteration of the iPad 2 later this year with a higher resolution display and would be dubbed as the iPad 3 or iPad HD, does the abovementioned Retina Display fit in here somewhere?