Cricket World Cup 2015 is going cable-less in the U.S. thanks to ESPN’s new online subscription service, meant specifically for the sporting event in question. If you’re a big cricket fan then head on after the jump for further details on this development.

Cricket broadcast is still targeted at a niche group of audience in the U.S. where the sport is not much popular, but ESPN has decided to press on with the direction which speaks loudly about what the future could hold for not just ESPN, but other sports broadcasters. 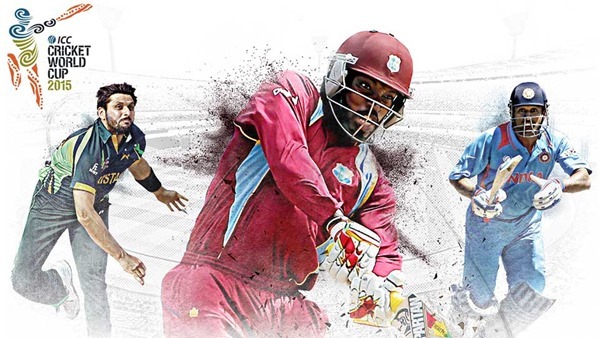 As for the new service from ESPN, the sports network is now selling a one-time package for $99.99 which will cater to the entire World Cup’s coverage. To be specific, the package will include access to live broadcasts of all matches, including replays and highlights. ESPN’s show, Match Point, will also be included in the package for catching up on all those critical discussions as they happen. In essence, users will be getting a complete package as they would have the cable, with a one-time subscription of $99.99.

It is important to note that this isn’t the first time ESPN has ventured into the genre of Internet based TV, where in partnership with Dish Network’s Sling TV, an Internet service, ESPN was accessible for streaming. However, this would be the first time that ESPN is looking to sell such a service directly to the consumers. ESPN says that the streaming can be viewed on your computer, tablet, smartphone, or Roku streaming device. 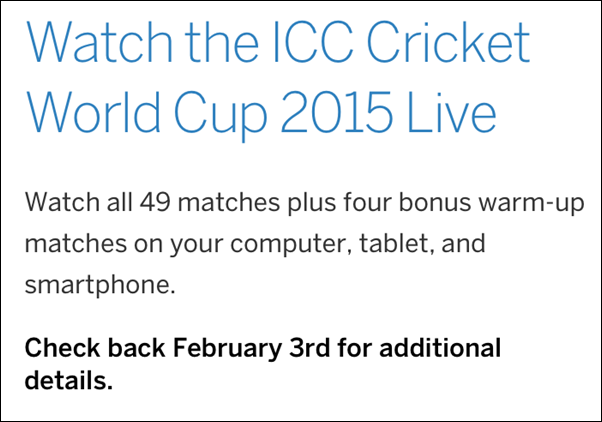 With more people accessing TV content online, consumers are finding it extremely difficult to drop their cable connections citing the need for the platform to watch sports broadcasts which are only available via cable. Meanwhile, ESPN is also offering pay-per-view packages for the Cricket World Cup 2015 through Time Warner Cable, DISH, and Mediacom.

If you’re interested in the whole deal then simply point your browser to: espncricket2015.com for additional details.

Let us know what you think about this move by ESPN to offer online streaming of the WC 2015 as an additional medium to cable TV. What could the future spell for cable TV operators? Sound off in the comments section below.