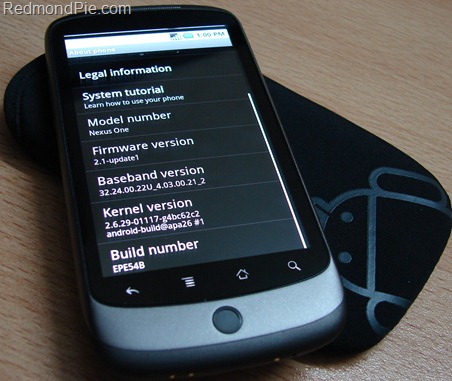 If you were hoping for Flash Player in this build, you will be disappointed as Flash isn’t included in this build. If you want Flash, the leaked HTC Desire ROM for Nexus One is the way to go. Flash Player 10.1 for Android is officially scheduled to be released sometime this year.

I have tried this ROM on my Nexus One and have found some performance improvements, but not by much. Installation procedure is simple and straight forward. Simply head over to Modaco forums to download this update and install it by following the steps posted here. The steps posted are for ERE27 update but they should be applicable with any another new update as well.

Let us know how did the update went for you in the comments section below.