Apple has officially released the final versions of tvOS 14.6, watchOS 7.5, and HomePoad 14.6 for all compatible Apple TV, Apple Watch, and HomePod hardware.

If you are in possessions of an Apple TV, Apple Watch, HomePod, or HomePod mini, then you may want to take note of these latest releases. 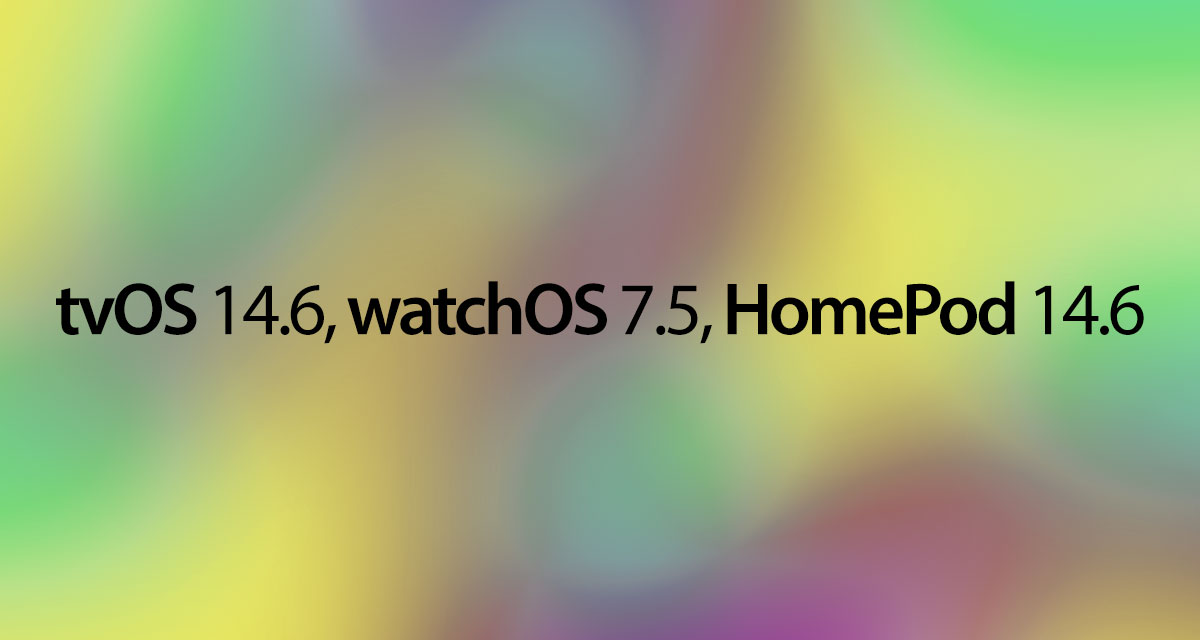 tvOS 14.6: With this release, Apple is continuing the trend of releasing relatively minor updates for compatible Apple TV hardware. Once installed, tvOS 14.6 doesn’t introduce any major outward-facing changes or new feature additions. Instead, it contains a collection of improvements and under-the-hood enhancements to remove bugs and to make the Apple TV experience a lot more enjoyable.

watchOS 7.5: To work harmoniously with iOS and iPadOS 14.6, Apple has introduced watchOS 7.5 with immediate effect. Again, like other software releases for Apple’s other hardware platforms, watchOS 7.5 doesn’t immediately seem to feature any noticeable outward-facing changes or feature additions. Instead, it focuses on bug fixes and general improvements. Some users have been experiencing issues with unlocking an iPhone with Apple Watch, so it’s likely that this update contributes to that fix, amongst other things.

HomePod 14.6: Again, like tvOS 14.6, HomePod firmware 14.6 introduces nothing more than bug fixes and general improvements for all compatible HomePod hardware. Most notably, the release of HomePod 14.6 will introduce support for Lossless Audio that is set to make an appearance in Apple Music.

As is generally the case, all versions of the firmware listed above are available to download and install to the relevant compatible devices with immediate effect. Just make sure to make any relevant backups if you are worried about the integrity of the downloads but, in all honesty, given the nature and scale of the available updates, there shouldn’t be any issues at all.