After a period of testing that has seen five pre-release seeds issued to registered developers and those enrolled on Apple’s public Beta Software program, OS X El Capitan 10.11.6 has now been released in a final public capacity.

This year’s Worldwide Developers Conference (WWDC 2016) keynote may have revealed the future of OS X, or macOS as it will be known from here on in, but that doesn’t mean that existing versions of Apple’s desktop OS will stop being supported. Today’s OS X El Capitan 10.11.6 release comes after approximately eight weeks of testing. 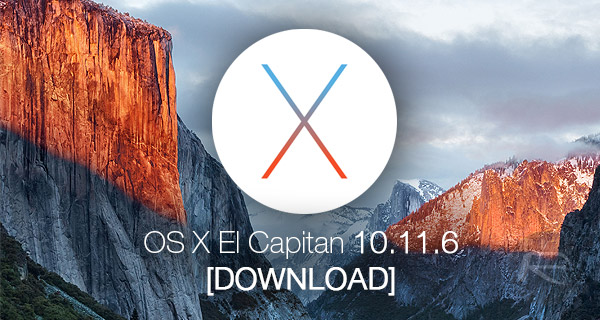 And while macOS Sierra 10.12 will hit the public domain this coming fall, and of course, is already in testing with developers and public testers who are currently putting beta 3 of Sierra through its paces, the general Mac-owning public can now download and interact with the sixth major update to OS X El Capitan, which will ultimately set the scene and pave the way for macOS Sierra to make its grand entrance in September.

Like a number of the point updates that have come before it, OS X El Capitan 10.11.6 isn’t a release that will bring a plethora of user-facing changes or features additions into existence. OS X 10.11.6 is instead focuses on security and performance enhancements under-the-hood.

And of course, as we’ve found out in the past, concentrating on user-experience and stability isn’t always a bad thing as it provides a more pleasurable environment to work in, and more often than not, also includes a number of critical bug fixes and security patches.

The OS X El Capitan v10.11.6 Update improves the stability, compatibility, and security of your Mac, and is recommended for all users.

The final public version of OS X El Capitan 10.11.6 is live and available to download for all compatible MacBooks and iMacs right now. The upgrade itself should be showing up via the software update mechanism on the Mac App Store, and can be downloaded and installed as an over-the-air update on any compatible Mac.