Microsoft spent an unspeakable amount of money in improving the Xbox One’s controller over that of its predecessor, but up until now, PC gamers haven’t been able to take advantage of it without following the fairly tedious, hacky methods demonstrated on YouTube and such. But now, the official PC driver for the Xbox One control pad has just been rolled out, so if you want to enjoy your favorite titles on Windows while also utilizing the decidedly comfortable new controller, check the details below.

With E3 just around the corner, we’re braced for a bunch of exciting announcements out of Redmond, and in advance of the expo, Xbox’s Larry Hryb – better know to most as Major Nelson – has just published a blog post outlining where users can pick up the drivers for both 32 and 64-bit PCs. 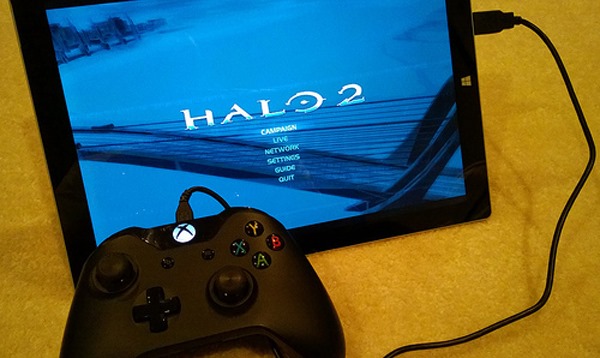 Hryb also noted that the drivers will be included in a future Windows update as standard, but since they’re now ready for distribution, gaming fans can go ahead and pick them up early.

It’s a bit of a shame that it has taken this long to release them, especially with Microsoft having made such a song and dance of how much money it had put into researching and improving upon the design and general ergonomics. But nonetheless, we won’t be turning our noses up at this pre-E3 roll-out, and if you’re an Xbox One owner itching to use the controller on some of your PC games, now’s a perfect opportunity to do so.

Nelson also notes that the drivers will support any title compatible with the Xbox 360’s similarly iconic game pad, so if you’ve been using the 360 controller all this time, you can now upgrade and enjoy an unadulterated experience with the acclaimed Xbox One version.

Once you’ve downloaded and run the drivers, all you need to do is connect your Xbox One controller to your Windows PC via USB, and you’ll be ready to rock ‘n roll.

As aforementioned, E3 is now just a few days away, and we’ll be covering all of the major announcements and revelations right here at Redmond Pie, so be sure to join our dedicated coverage!