The release means that those who are invested in testing Apple’s software, but aren’t active developers for Apple’s platforms, can now download iOS 11.2 with immediate effect and get involved in everything that’s new. 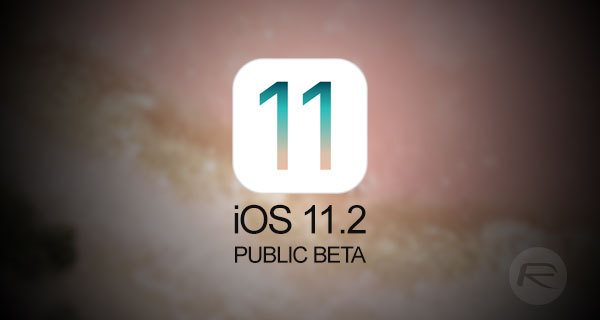 Under normal circumstances, we would say that the iOS 11.2 release came as a bit of a surprise and that it managed to blindside most people when pushed out into the development community only two days ago. However last week developer Guilherme Rambo had already found references to iOS 11.2 in Apple’s developer portal which alluded to the fact that a release was imminent. It was, therefore, logical to presume that the company was going to flick the switch on it this week. And that’s exactly what happened with Monday’s release of iOS 11.2 developer beta 1.

In terms of what’s actually new with iOS 11.2 public beta 1, well as this is essentially the same build from a different development branch that was pushed out to developers, the changes and improvements are identical. That includes various user-interface tweaks throughout the platform, including new square icons in Control Center for music controls as well as a number of tweaked emoji characters. There is also an updated and improved Camera app icon that is used within the Messages app for those who want to capture media from within a messaging conversation.

Apple has also introduced some functional changes in the form of ensuring that double-clicking the side button no longer locks the device as well as fixing the latency issue in the Calculator app which has been ridiculed on social media over the last week or so. There is also an added and dedicated Notifications setting which will appear for those who have access to the new native TV app in iOS 11. There’s also the ability to control AirPlay 2-enabled devices like the Apple TV from the Lock screen.

Last but not the least is the introduction of all iPhone 8 wallpapers for older iPhone and iPad devices.

All-in-all, it’s a fairly solid update that looks to be worthy of an iOS 11.2 release rather than an iOS 11.1.1 name. For those who are registered with the Apple Beta Software Program, the build is available to download right now from Settings > General > Software Update. If this is the first time you are installing public betas, head over to beta.apple.com to get started.