How To Get iOS 11 Control Center On Android

Here’s how you can download and install Apple’s new iOS 11 Control Center on your Android device. No root is required for this to work.

The market share statistics which apply to the smartphone industry clearly tell us that the mass majority of smartphone owners fall into one of two camps; they either opt for an iPhone running the popular iOS, or a smartphone running the world’s most widely used mobile OS, Android. 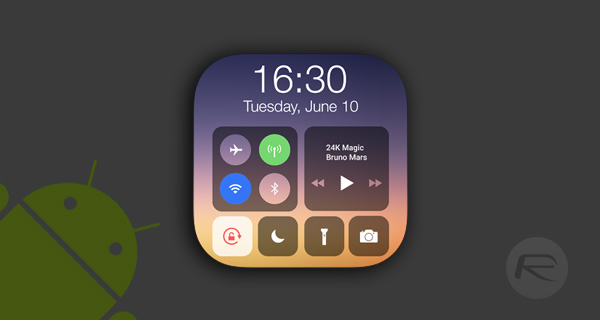 Those who opt for Android will do so for their own very valid reasons, but that doesn’t mean that they can’t admire certain facets of the iOS experience, such as the newly redesigned Control Center in iOS 11. Well, if you fall into that camp, then this wonderful new Android app will definitely be of interest. Control Center OS 11 is essentially being billed by the developer as a powerful and full function Control Panel experience for Android devices.

In essence, it’s a clone of what Apple has introduced into iOS 11 with the new redesigned Control Center experience. The user-interface has been replicated, along with the ability to interact with various toggles that can be customized from a dedicated settings panel. The whole thing can be customized by the user to allow it to be accessed from one single screen, exactly like the Control Center in iOS 11.

In addition to invoking full apps, Android users will also have access to critical toggles, such as Bluetooth and Wi-Fi. There’s also access for putting the device into silent mode and everything else that you would expect from a replicated Control Center. This isn’t the first time that a developer has seen an opportunity to replicate certain features from iOS 11 on an Android device. Those who regularly love to solve mathematics problems have been able to interact with a redesigned iOS 11 Calculator app designed to mimic the one from Apple’s latest mobile firmware. Android device owners are also able to make more subtle changes to Android by replicating the new iOS 11 app open/close animations on those devices. 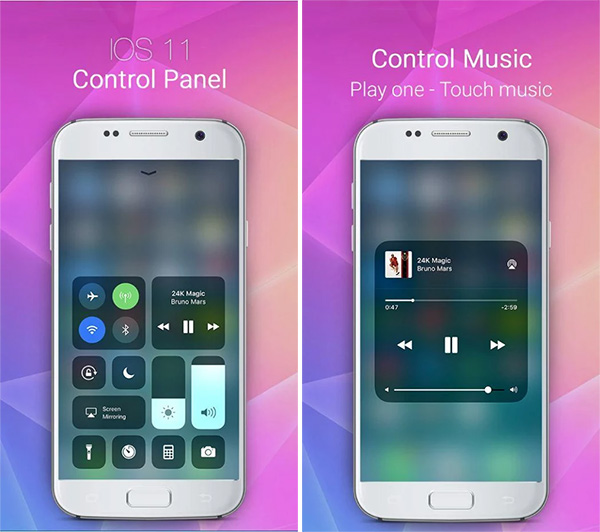 If this carries on, we are going to end up having an array of installable apps on Google Play which essentially turns an Android device into one running a replicated version of what Apple is trying to achieve with iOS. Some may love that; some may hate it.

You can check out the “Control Center OS 11” app for yourself and see what you think about the experience.