Apple has just made available to download iOS 10.2.1 beta 1 for iPhone, iPad and iPod touch devices. Here are the details.

iOS 10.2.1 beta 1 was always on the cards once Apple released the final version of iOS 10.2 to the public just two days ago, bringing with it not only a bunch of outward-facing changes, but also the usual performance improvements and bug fixes for iPhone, iPad and iPod touch users. 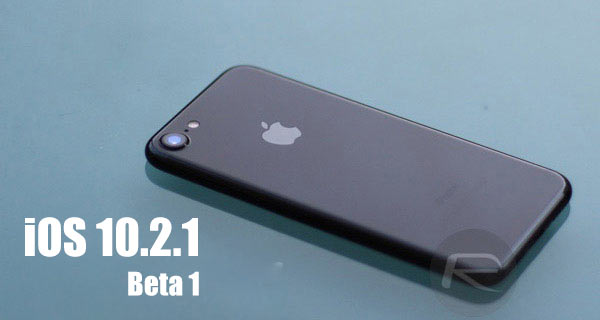 Carrying the build number 14D10, iOS 10.2.1 beta 1 walks in with some big shoes to fill considering the substantial feature changes that Apple dropped on iPhone and iPad users with its latest public release, and for now, it appears that this beta progression of iOS 10.2 to iOS 10.2.1 is merely an under-the-hood overhaul, with the usual bug fixes and performance enhancements.

This 1.82GB firmware update for developers obviously carries over all the goodies from iOS 10.2, but as we’ve come to know, iOS 10.2 isn’t without its kinks either, well for some users at least. So as a developer, if you’re not entirely content with the stability or performance of iOS 10.2 on your iOS device, Apple has listened with this latest beta seed.

Apple hasn’t exactly laid out the changelog for this release as yet to let us know what iOS 10.2.1 beta 1 exactly addresses compared to iOS 10.2, but for those of you enrolled as active members of the Apple Developer Program, the upgrade to this latest beta is available as an OTA update through the usual Software Update mechanism in the Settings app (Settings > General > Software Update).

If you’re new to the whole beta download scenario, head over to developer.apple.com to get onto the latest iOS 10.2.1 beta. With the developer beta already here, it is only a matter of time before Apple releases public beta of iOS 10.2.1. It will be interesting to see just how many beta releases Apple has planned for iOS 10.2.1, given that with iOS 10.2 we saw a total of seven pre-releases before the final build was released to everyone earlier this week.