Apple doesn’t usually move on to a new beta program so quickly after making a fully complete, public release available, and given the minor version number bump, we have our suspicions that changes within this new software are minimal, perhaps focussing on addressing specific security holes or bugs. Apple has made available a changelog of sorts accompanying the beta, although it is not going to give us too many clues as to what the company has altered this time around. 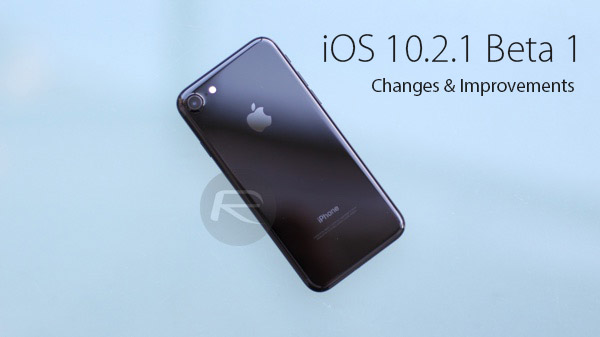 Not yet released via the public beta program, iOS 10.2.1 beta 1 weighs in around 1.81GB, depending on the hardware it is being downloaded to, and carries build number 14D10.

Having only been released a matter of hours ago, this new version of iOS has as yet had little time on developers’ devices, but so far, no standout alterations or additions have been noticed as part of this initial beta release. With Apple now accustomed to multiple beta releases in very quick succession, we would not want to rule out a new beta arriving sooner rather than later, but given the minor version number bump and likely bug or security fixes that beta 1 contains, Apple may instead opt to get iOS 10.2.1 out and into users’ devices ASAP. If that is indeed the case, a public release may not be too far off yet.

Those installing the new release right now should read through the following snap that shows issues detailed in the official release notes. 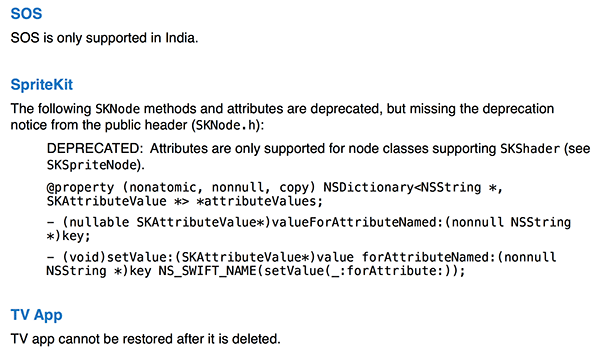 Whilst we do not yet know if iOS 10.2.1 has anything major in store, the most obvious addition in Monday’s release of iOS 10.2 was one that saw the TV app finally arrive. Removing the standard Videos app, TV app is now the hub for all video on iOS, including the new Single sign-on feature, which should remove the need for users to authenticate against the same credentials repeatedly. It may not be a device-selling feature, but it will be appreciated by those who use it.

We do hope for more exciting additions to iOS soon, however. Hopefully, we don’t have to wait until iOS 11 before Apple gets the pulse racing once again. Bring on iOS 10.3.